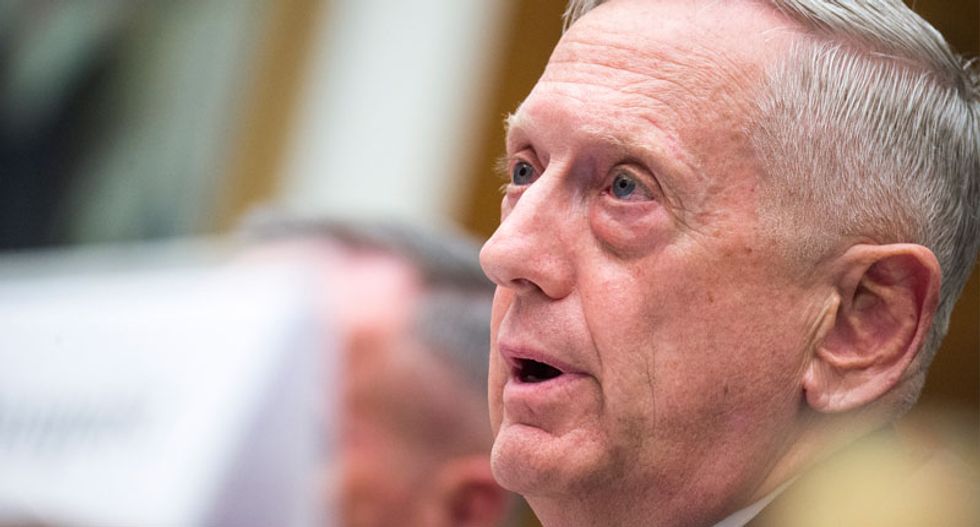 The United States and its allies fired more than 100 missiles at Syria on Friday in a “one-time shot” the Pentagon said followed evidence that Syrian President Bashar al-Assad was responsible for a chemical weapons attack using at least chlorine gas.

The Pentagon could not confirm how many missiles hit their targets but said no other attacks were planned.

Mattis and Dunford acknowledged the strike was designed to degrade Syria’s chemical weapons capability without killing civilians or the many foreign fighters in Syria’s multi-sided civil war, particularly those from Russia.

“We specifically identified these targets to mitigate the risk of Russian forces being involved,” Dunford told reporters, adding the U.S. military advised Russia of airspace that would be used in the strike but did not “pre-notify them.”

Mattis acknowledged that the United States waged the attacks only with conclusive evidence that chlorine gas was used in the April 7 attack in Syria.

Allegations of Assad’s chlorine use are frequent in Syria’s conflict, raising questions about whether Washington had effectively lowered the threshold for military intervention.

Last year, the United States only waged strikes in Syria after determining that more deadly sarin gas was used. Some U.S. media had said Washington was confident Assad had also used sarin on April 7.

Mattis, however, suggested the evidence of sarin was so far inconclusive.

“We are very confident that chlorine was used. We are not ruling out sarin right now,” Mattis said.

The Pentagon said one of the targets was a scientific research center located in the greater Damascus area, which it described as a Syrian center for the research, development, production and testing of chemical and biological weaponry.

The second target was a chemical weapons storage facility west of the city of Homs.

“We assess that this was the primary location of Syrian sarin and precursor production equipment,” Dunford said.

The third target, which was also near Homs, contained both a chemical weapons equipment storage facility and a command post.

U.S. officials said there was no indication so far that Syrian air defenses struck attacking Western aircraft or ships.

They characterized this year’s strikes as more significant than the one waged last year, saying double the number of weapons were used this time.

“We were very precise and proportionate,” Mattis said. “But at the same time, it was a heavy strike.”

At the time, the Pentagon claimed that a fifth of Syria’s operational aircraft were either damaged or destroyed.

Although Syria’s military had moved aircraft and other military assets in the days preceding Friday’s strike, Dunford said he did not believe it had moved chemical weapons materials.