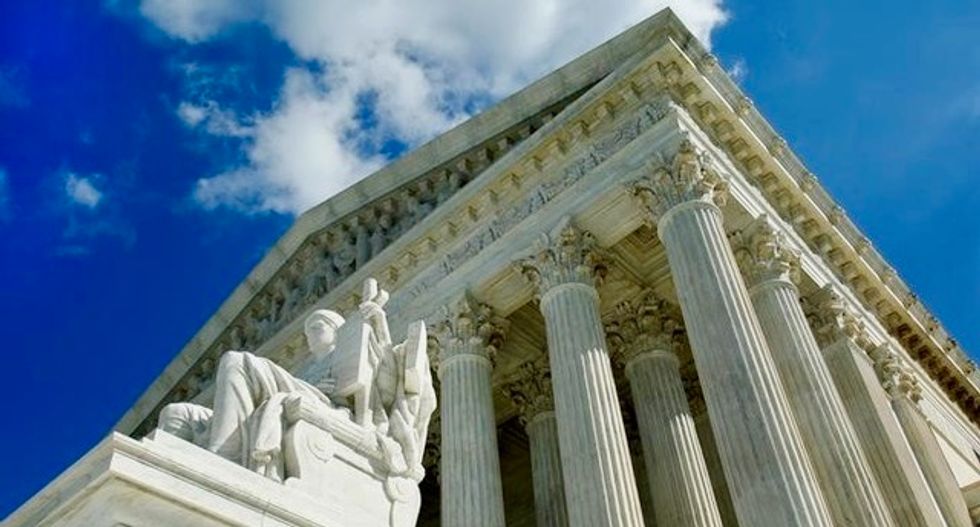 The 5-4 decision left in place a lower court ruling that had thrown out a lawsuit brought by some 6,000 plaintiffs, including survivors and relatives of non-U.S. citizens killed in attacks, filed under a 1789 U.S. law called the Alien Tort Statute that accused Arab Bank of being the “paymaster” to militant groups.

The court ruled along ideological lines, with its five conservatives in the majority and its four liberal justices dissenting.

Only in recent years have plaintiffs sought to bring human rights claims under that obscure law.

The plaintiffs accused Arab Bank of deliberately financing terrorism, including suicide bombings and other attacks. They said Arab Bank used its New York branch to transfer money that helped Hamas and other Islamist militant groups fund attacks and reward families of the perpetrators between 1995 and 2005.

Conservative Justice Anthony Kennedy, who wrote Tuesday’s opinion, said the “relatively minor connection between the terrorist attacks at issue in this case and the alleged conduct in the United States” illustrates the problems of extending liability to foreign corporations.

Noting that the case has caused significant diplomatic tension with Jordan, a U.S. ally, Kennedy said that the “political branches are in a better position” to extend that liability if they so choose.

In a dissenting opinion, liberal Justice Sonia Sotomayor wrote that barring suits against foreign companies ensures that they “remain immune from liability for human rights abuses, however egregious they may be.”

The lead plaintiff in the Arab Bank case was Joseph Jesner, whose British citizen son was killed at age 19 in a 2002 suicide bombing of a bus in Tel Aviv. The bank said in court papers that the U.S. government has called it a constructive partner in the fight against terrorism financing.

In a 2013 ruling, the Supreme Court did not resolve the corporate liability question when it ruled in favor of Royal Dutch Shell Plc over a lawsuit claiming the company was complicit in a crackdown on protesters in Nigeria.

That 2013 ruling narrowed the Alien Tort Statute’s reach, saying claims must sufficiently “touch and concern” the United States to overcome the presumption that the law does not cover foreign conduct.

In a separate case involving U.S. citizens and brought under a different law, a New York jury in 2014 found Arab Bank liable for facilitating two dozen militant attacks in Israel.

The Supreme Court, in another case involving U.S. litigation concerning an attack overseas, ruled on Feb. 21 that Americans injured in a 1997 suicide bombing in Jerusalem cannot seize ancient Persian artifacts from a Chicago museum to satisfy a $71.5 million court judgment against Iran. The plaintiffs had accused Iran of complicity in that attack.

The justices on April 2 refused to consider reinstating a $655.5 million jury award won against the Palestinian Authority and Palestine Liberation Organization by 11 American families over militant attacks in Israel.

In another case, the justices on March 5 declined to take up Iranian government-owned Bank Melli’s appeal of a lower court ruling that allowed victims of militant attacks allegedly backed by Iran to seek millions of dollars in compensation from the bank.