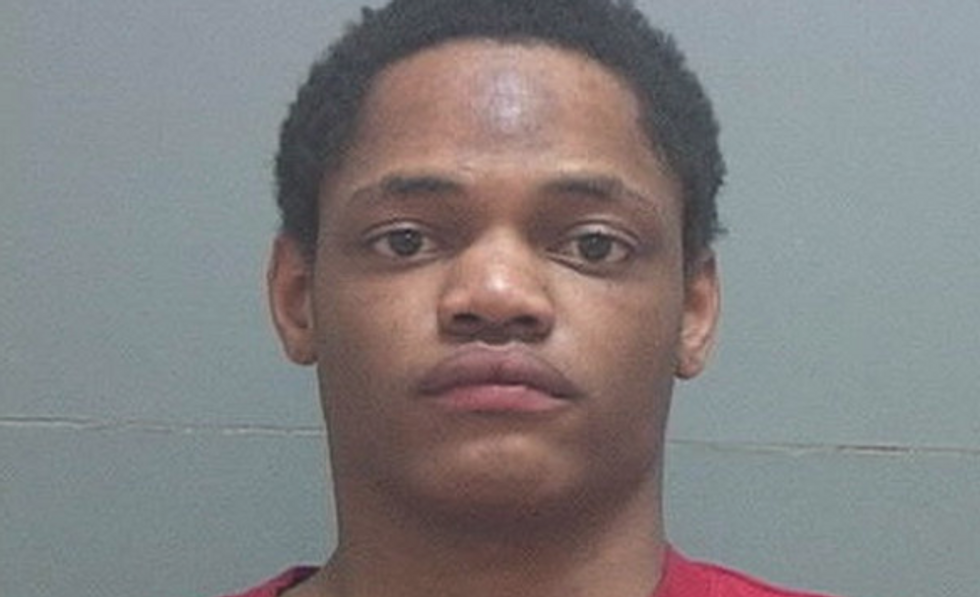 Newly released body camera footage shows police officers in West Valley City, Utah fatally shot an unarmed black man who was removing his right hand from his pocket -- after the officers had ordered him to do so.

The Salt Lake Tribune reports that West Valley City officers on April 8 were chasing after Elijah James Smith, a 20-year-old black man who matched the description of a man who had allegedly stole from a nearby cellphone store.

In trying to escape from police, Smith barged into a West Valley City home and hid out in its garage. When police arrived at the house, a 13-year-old boy answered the door and told them that a man had come into the house.

The police went down to the garage and found Smith down there. They repeatedly instructed Smith to put up his hands, and he initially only put up his left hand while keeping his right hand in his pocket.

The officers then told him to take his right hand out of his pocket -- and then one officer fired three shots at him as he started to do so. The other officer on the scene was armed with a stun gun, which he fired at Smith at the same time the officer fired his handgun.

One bullet hit Smith, and he died shortly afterward.

Police subsequently found a screwdriver near Smith's body after he was shot, and they believe that was the object that he had in his right-hand pocket when he initially seemed reluctant to remove his hand.

West Valley City Police Chief Colleen Jacobs said in a news conference this week that the officers perceived Smith "rapidly" removing his hand from his pocket as a threat, despite the fact that they had instructed him to take his hand out of his pocket.

Watch the body camera video below.