WATCH: Black man blocked from entering NJ gym where he’s a paid member — and even the cops are confused 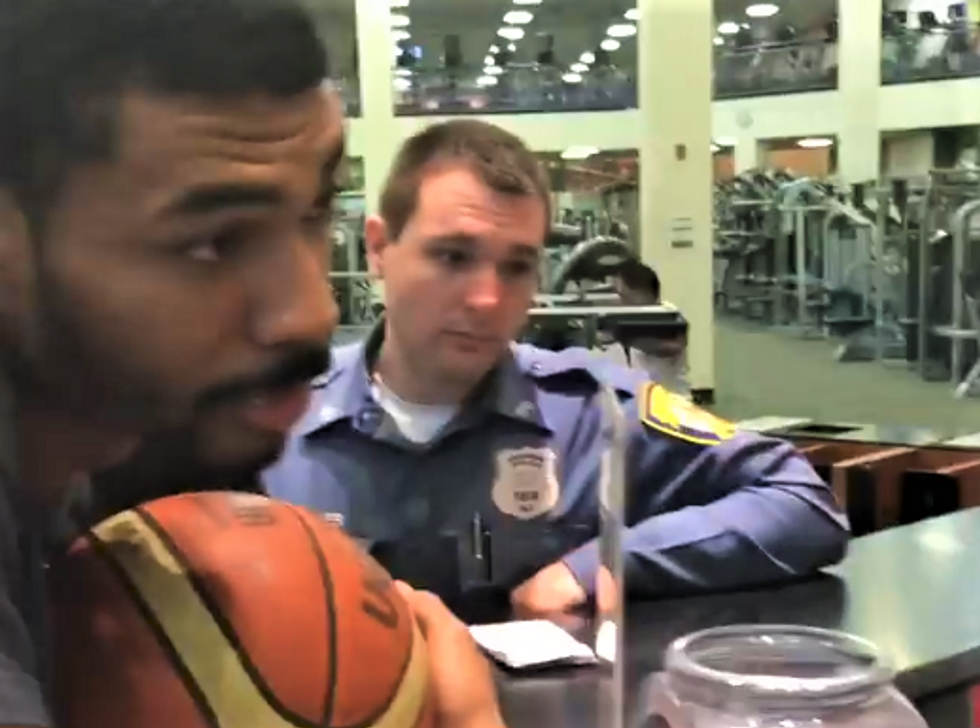 Tshyrad Oates stands in the lobby of an LA Fitness gym as police stand nearby (Screen cap).

A series of videos posted on Facebook this week shows that employees at an LA Fitness gym in Secaucus, New Jersey called the cops on a black member because they assumed he didn't pay to get in -- and refused to back down even after learning he was a member.

The videos were posted by a New Jersey man named Tshyrad Oates but were originally filmed by Oates' friend, who is a member of the gym.

The first video shows Oates' friend fuming as he walks from the main gym area toward the lobby after he's been asked to leave the gym because he didn't pay an entrance fee -- despite the fact that he's a paid member.

He approaches the woman at the front desk and asks her to scan his membership tag, which she does. After the scan shows that he is a member of the gym, the woman simply stands up and doesn't say anything as she walks away.

The second video shows him being confronted by the gym's manager, who tells him that he can't shoot video in the gym. When he refuses to stop, the manager tries to implore police officers in the lobby to make him stop, but they tell him they can't legally do that.

"I understand, you don't like cell phones," one officer says to him. "But it's not criminal activity."

In the final video, the gym manager is in the process of terminating the man's gym membership. The man asks police officers what he did to justify having his membership terminated and they appear utterly baffled.

"I don't have the answers for you," one officer says.

Raw Story has reached out to LA Fitness for comment but has not yet received any response.

Watch all four videos below.