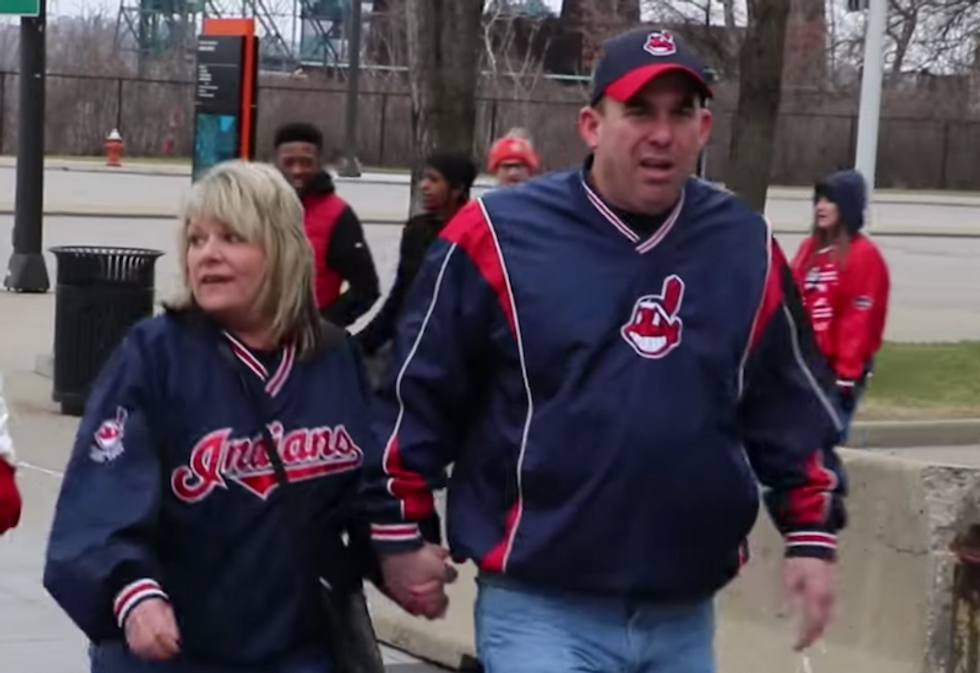 Cleveland's baseball team announced before this season that it will retire its racist mascot, Chief Wahoo, before opening day in 2019.

As they started doing at Jacobs Field 25 years ago, Native American activists showed up at the ballpark on opening day in Cleveland to raise awareness about the racist mascot, and the team's problematic name. And as they made their way into the stadium, some of them hurled abuse at the activists.

This year, the Cleveland Plain Dealer rolled tape as they did—and captured some really ugly behavior.

"You f*cking Marxist a**holes! F*ck you, f*ck you Trotsky motherf*ckers!" yelled one man.

"Get a f*cking job!" yelled another man.

Some fans of the team have realized how dumb this is—the guy who famously stared down an activists wearing redface in an iconic photo later humbly apologized.

Watch the highlights in the video below.

To watch the full thing from Facebook live scroll down below that.

Watch Chief Wahoo protest outside ballpark. The group wants the Indians to change their name and stop using Wahoo entirely. Are you for or against the Chief Wahoo logo?