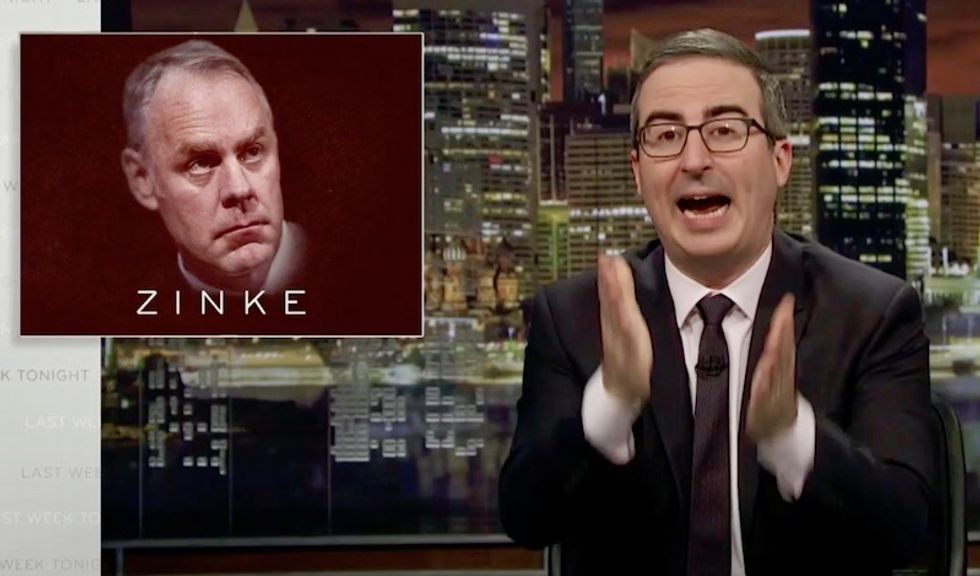 Interior Secretary Ryan Zinke is one of the more obscure members of President Trump's cabinet, what with Scott Pruitt's graft and national embarrassment Betsy DeVos.

But that's not because he's less absurd.

For example, Zinke has made a big deal of claiming to be a geologist.

"He is not a f*cking geologist," Oliver said. "He has never been a geologist."

Rather, Zinke majored in geology while on a football scholarship at the University of Oregon.

Zinke has also boasted about his high school football record, belonging to the Navy S.E.A.L. team that killed Osama Bin Laden more than a decade after he'd retired.

Oliver points out that Trump may not totally understand what Zinke's department does—and that "he sounds like a man at a yard sale trying to sell a couch he f*cked."

Zinke also, oddly, has his own flag and commemorative coins.

"I believe the exchange rate for them is 'here, take it, I don't want it, the guy's not even a f*cking geologist," he said.