WATCH: Native American escorted out of store by police after asking an employee a question 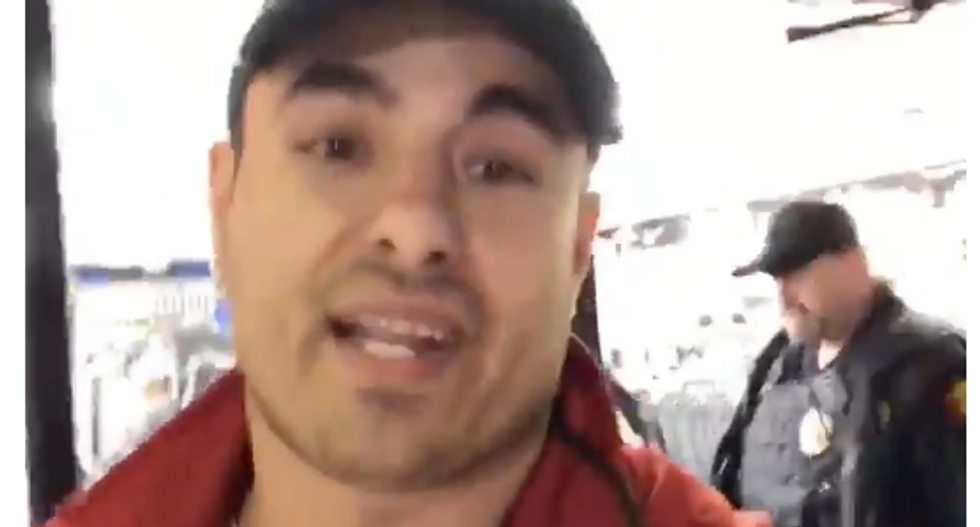 A member of Pawnee Nation says he was racially profiled by an employee at Hibbett Sports, in Owasso, OK, in a video that shows three police officers escorting him off the property for allegedly making a salesperson uncomfortable.

Robert Robedeaux says on Saturday, Feb. 17, a Hibbett Sports employee sent three cops to the man’s dressing room after she claimed Robedoeaux asked if she was “all alone.” She later requested the remove him from the store and issue a trespass order.

“…the Mgr called the police on me,” Robedeaux wrote in a Facebook post last Thursday. “Why?! Because I was PROFILED as a threat, not because I was a threat, or being a threatening person, but because of my race and someone passed a judgement,” he said in the post.

“All I did was try on a pair of pants, pair of shoes, a shirt and a hat, and they’re trespassing me,” he said in the accompanying video. “There are three officers right here walking me out because I tried on a set of clothes.”

“I did nothing wrong,” he added. “This is insane.”

He was later “arrested for an outstanding warrant out of Owasso in relation to an improper parking offense from December 2016,” the Owasso Reporter reports.

Through a lawyer, Robedeaux disputed the employee’s claim that he asked if she was alone, insisting he asked her general questions about store merchandise and to take a photo of an outfit he tried on to show his wife.

“That’s not the actions consistent with somebody that’s creepy going in there asking those kind of things,” Brett Chapman said.

“It’s very similar to the Starbucks matter where you have an employee that’s just stereotypically calling the police to remove a patron that she doesn’t want there – a patron of color, and his hair was in the tradition native American style of his tribe,” Chapman said.