Watch: Republican Michael Steele tries to mansplain the 2016 election and Zerlina Maxwell is not having it 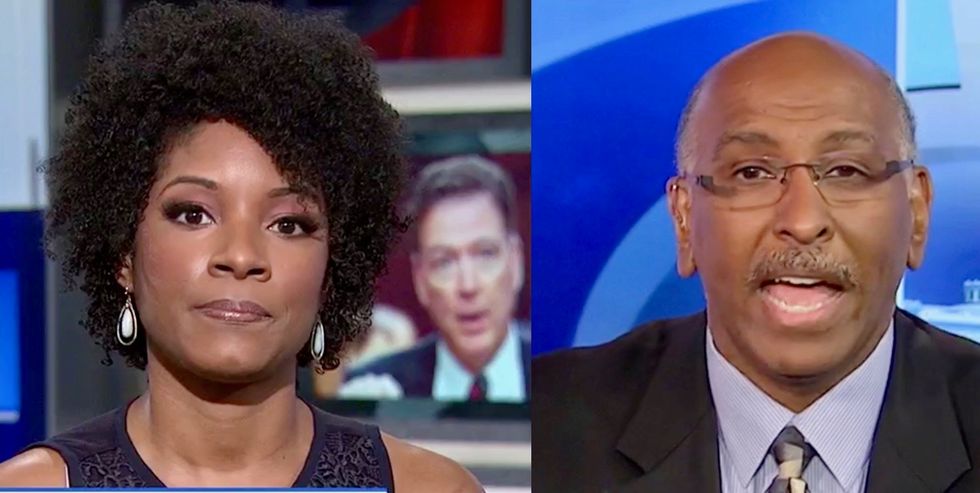 The media tour tied to the release of James Comey's book is bringing back all sorts of arguments about what happened in the 2016 campaign and why.

On Sunday afternoon, MSNBC invited on Michael Steele, the former chairman of the Republican Party, and Zerlina Maxwell, who worked on Hillary Clinton's campaign.

Maxwell and Steele quickly locked horns over what would have happened had James Comey not violated Department of Justice protocol and issued a politically charged announcement about investigating Hillary Clinton's emails just days before ballots were cast—a decision he now admits was informed by his assumption that Hillary would win.

"Whether or not you change what Comey did, the outcome of that election would have been the same, because America did not like Hillary Clinton, thy did not want her in that job, Steele claimed.

"We're talking about an election that was decided by 80,000 votes across three states, and all the independent analysis says she was on an upward trajectory, ready to win the election, until the Comey letter stopped her momentum," she said.

Steele, who has been off the front lines of electoral politics since the rise of the Tea Party, then told her that Hillary should have campaigned in Wisconsin. He claimed internal polls suggested so. They didn't, Maxwell said.

"I was there," Maxwell said.

Watch the fiery exchange below.