WATCH: Trump bizarrely boasts about the strength of the military to children at White House Easter Egg Roll 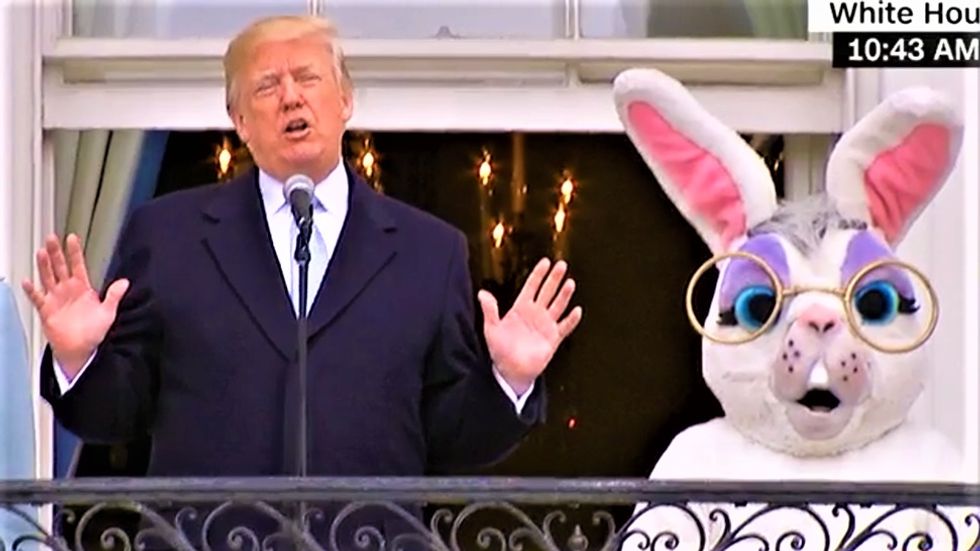 President Donald Trump on Monday welcomed children to the White House for the annual Easter Egg Roll with a bizarre rant about the strength of the American military.

In his address to the children at the event, Trump began by referring to the White House as "this house or building or whatever you want to call it because there is no name for it, it is special." Trump then said that he and his staff keep the White House "in tip-top shape, we call it sometimes tippy-top shape, and it's a great, great place."

He then pivoted to talking about the military, which he said would soon be "at a level it's never been before" and "you see what's happening with funding" and "just think of $700 billion, because that's what's going into our military this year."