WATCH: Trump stands in front of church and attacks immigrants on Easter Sunday 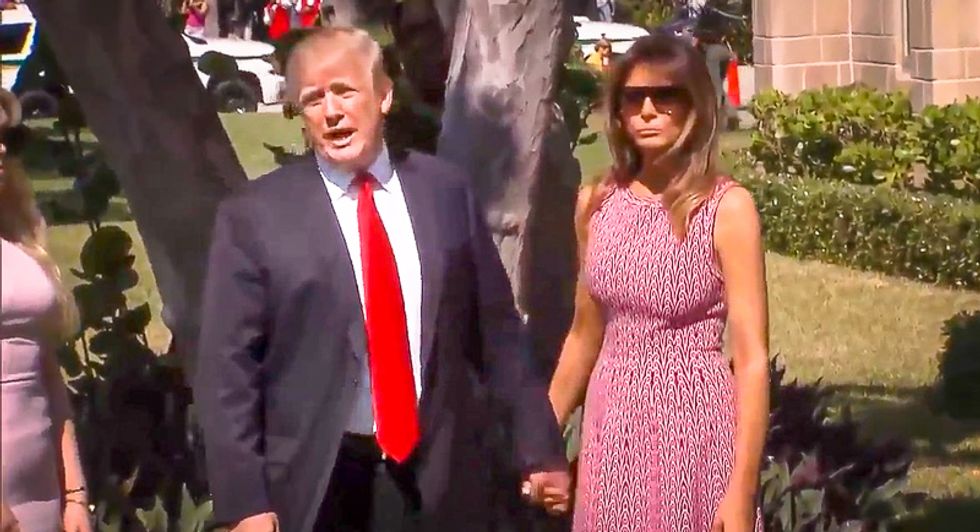 President Donald Trump celebrated his Easter Sunday by lashing out at undocumented immigrants.

Before entering Bethesda-by-the-Sea Church for Sunday services, Trump stood in front of the front doors and answered questions about his call on Twitter to end deportation protection for so-called Dreamers who were brought to the U.S. as children.

When he was asked about the Deferred Action for Childhood Arrivals (DACA) program, Trump blamed Mexico for "not helping at the border."

"They had a great chance, the Democrats blew it," he added. "They had a great, great chance. But we’ll have to take a look. But Mexico has got to help us at the border. They flow right through Mexico. They send them into the United States. Can’t happen that way anymore."

Earlier in the morning, Trump tweeted out Easter wishes before a Fox & Friends segment prompted him to sound off about immigration.