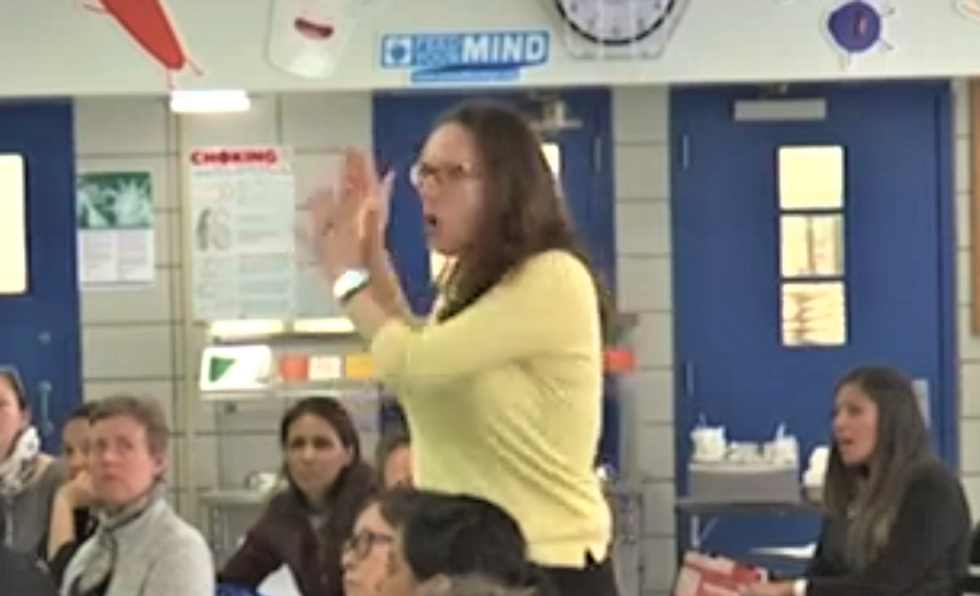 A new effort to diversify schools in the Upper West Side of Manhattan -- one of the richest neighborhoods in the city -- has drawn an angry reaction from many parents.

Local news station Spectrum News NY 1 has posted a video that shows white parents furiously attacking a plan to require all local middle schools to reserve 25 percent of their seats for students who score below grade level on state English and Math exams.

The plan is an effort to make schools on the Upper West Side more diverse to reflect the demographics of New York as a whole, as the schools in the area now are predominantly white.

"You're talking about an 11-year-old, you worked your butt off, and you didn't get that, what you needed or wanted," one angry woman said during the meeting. "You're telling them that you're not going to go to a school that's going to educate them the same way you've been educated. Life sucks!"

Kristen Burger, an elected member of the Upper West Side Parent Council, tells NY 1 that the plan is intended to address diversity problems in the area's middle schools, which she describes as "very segregated."

And NY-1's video shows middle school principal Henry Zymeck telling many of the parents that he feels hurt by some of their comments.

"There are kids that are tremendously disadvantaged," he said. "And to compare these students and say, 'My already advantaged kid needs more advantage, they need to be kept away from those kids,' is tremendously offensive to me."