'We’ll make it up to them’: Trump offers vague assurance to US farmers worried about China tariffs 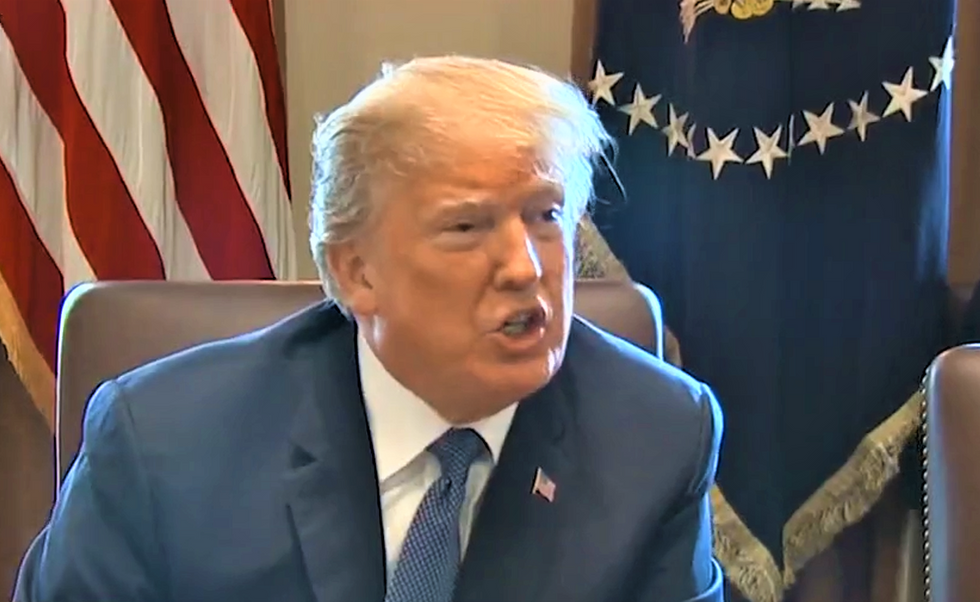 President Donald Trump on Monday said he was sorry to see farmers in the Midwest are being targeted by proposed tariffs from China -- but he promised that he'd make it up to them somehow.

Speaking to the press, Trump said that the proposed tariffs, which were made in response to tariffs that the Trump administration is planning to slap on Chinese goods, might hurt farmers in the short term.

"If during the course of a negotiation they want to hit the farmers because they think that hits me, I wouldn't say that's nice, but I tell you, our farmers are great patriots," Trump said. "These are great patriots. They understand that they're doing this for the country. And we'll make it up to them. In the end they're going to be much stronger than they are right now."

The president did not say how he and his administration would "make it up" to farmers who take a major economic hit from tariffs on their crops, but he did imply that former President Barack Obama was to blame for their current plight.

"Don't forget, farmers have been trending downward," Trump said "Over an eight-year period their numbers have trended downward, in some cases significantly."