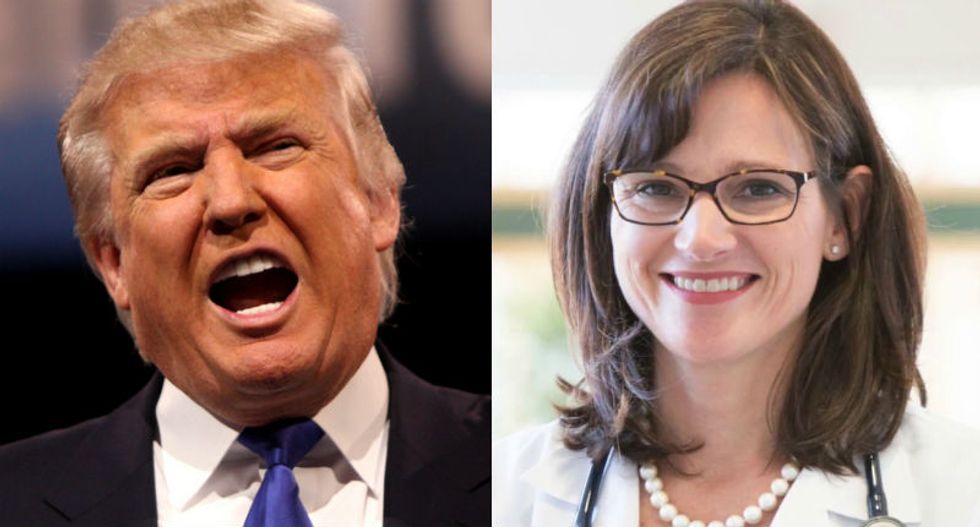 Jill McCabe, the wife of Andrew McCabe, on Monday penned an op-ed for the Washington Post detailing the “false and utterly absurd” narrative about her state Senate campaign—which Donald Trump had used in his crusade against his former FBI deputy director.

Jill McCabe, an ER pediatrician, laid our her brief stint in politics and her experience receiving “funding from the state Democratic Party and the governor’s PAC.” As Jill McCabe wrote, following her “disappointing” defeat in November 2015, “she enjoyed returning to normal life.”

“Almost a year later, everything changed,” Jill McCabe wrote. “A reporter called my cellphone on a Sunday in October 2016, asking questions about contributions to my campaign and whether there had been any influence on Andrew’s decisions at the FBI.”

“This could not be further from the truth,” she continued. “In fact, it makes no sense. Andrew’s involvement in the Clinton investigation came not only after the contributions were made to my campaign but also after the race was over. Since that news report, there have been thousands more, repeating the false allegation that there was some connection between my campaign and my husband’s role at the FBI.”

McCabe explained how Trump “started tweeting about how the contributions to my campaign made it clear that Andrew (and all the senior leadership at the FBI) were corrupt and that he should be removed.” She noted that as her husband neared retirement, “the president made threats” related to Andrew McCabe’s pension.

“To have my personal reputation and integrity and those of my family attacked this way is beyond horrible,” Jill McCabe wrote. “It feels awful every day. It keeps me up nights. I made the decision to run for office because I was trying to help people. Instead, it turned into something that was used to attack our family, my husband’s career and the entire FBI.”

“I have spent countless hours trying to understand how the president and so many others can share such destructive lies about me,” she added. “Ultimately I believe it somehow never occurred to them that I could be a serious, independent-minded physician who wanted to run for office for legitimate reasons. They rapidly jumped to the conclusion that I must be corrupt, as part of what I believe to be an effort to vilify us to suit their needs.”

“Now that I can speak on my own behalf, I want people to know that the whole story that everything is based on is just false and utterly absurd,” Jill McCabe wrote.

“We will not allow ourselves to be defined by a false narrative,” she said.