'I will not comply with your hate law': Gun-loving Denver Post columnist comes unglued as Boulder bans assault rifles 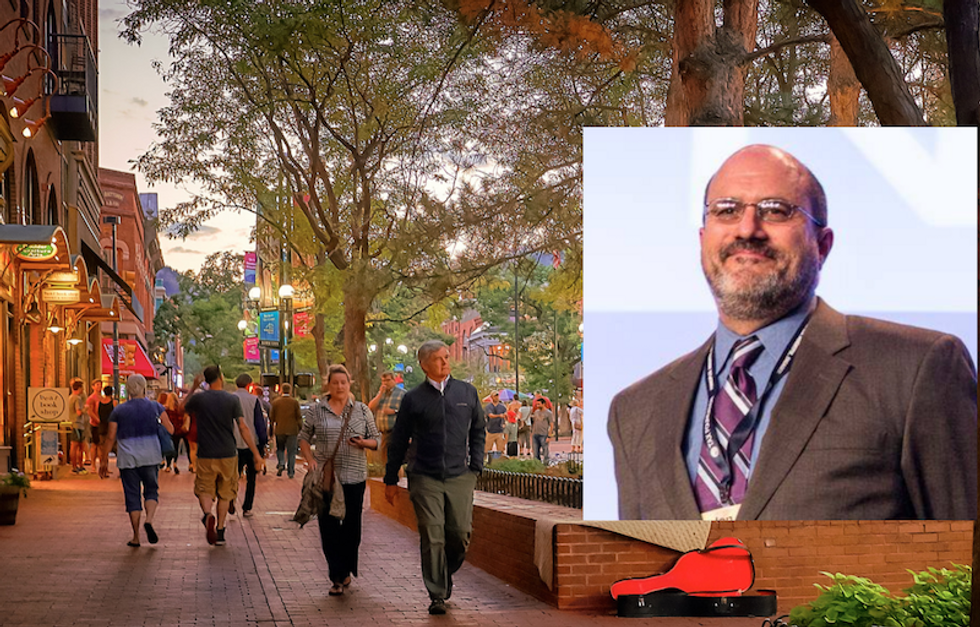 Jon Caldera is about to be a criminal—and he's not taking it well.

The gun-loving Colorado libertarian wrote an unhinged opinion column for the Denver Post as the tony college town in the mountains outside Denver prepares to ban assault rifles.

Caldera calls them "hate laws" and sees himself as a victim of "fear and bigotry."

"To be true to my values I hold dear, I must choose to leave or go to jail," he wrote. "Boulder prides itself on promoting inclusion, diversity and tolerance. And there was a time it lived up to those now-empty words."

Caldera is angry that the bougie people of the city would force him to either leave or rent a separate space for his assault rifles. He says it's "privileged" of the people there to not want his assault rifles in their town.

"Should this ordinance pass, it will require me to permanently move my guns out of Boulder," he writes. "What a spectacularly privileged, Boulderesque idea. Only in Boulder and Aspen is there an assumption that you’re wealthy enough to have a second home or storage in another city. If I can’t afford to move my guns out, which I can’t, I am to destroy them or surrender them."

Caldera goes on to compare his plight to AIDS patients who some Republicans wanted to register in the 80s.

Boulder's population is exploding and so there will be many people lined up to pay market rate for the housing abandoned by Caldera, who works for a libertarian think tank.