'The absence of thought': TMZ journalist slams Kanye West to his face for saying slavery was 'a choice' 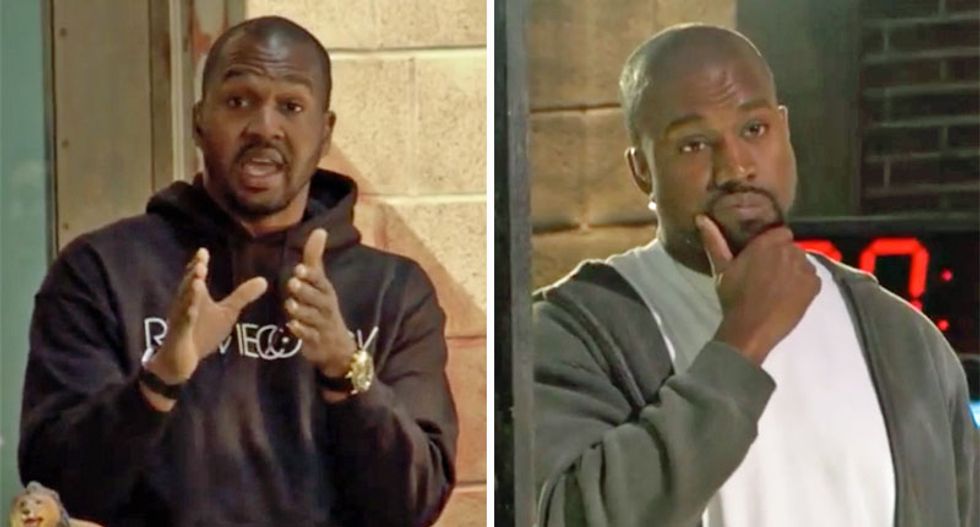 Van from the TMZ newsroom and Kanye West, composite image.

Harvey Levin asked West, who is married to Kim Kardishan, about the message he was trying to send by donning a "Make America Great Again" hat in support of President Trump.

"It was really just my subconscious, it was a feeling I had," West explained. "I just love Trump, that's my boy."

West expounded on his support for Trump by suggesting forced slavery is a conspiracy theory and that in practice, it was a choice by blacks.

Not everyone was impressed with West continuing to defend Trump.

"I actually don't think you're thinking anything," shouted Van Lathan, from the TMZ newsroom, as he stood up. "I think what you're doing right now is actually the absence of thought."

"Frankly, I'm disappointed, I'm appalled," Lathan continued. "And brother, I am unbelievably hurt by the fact that you have morphed into something, to me, that's not real."

"Bro, you got to be responsible man," he lectured the superstar.