‘An additional count of obstruction’: CNN legal analyst says Trump stepped in it by ordering DOJ to probe itself 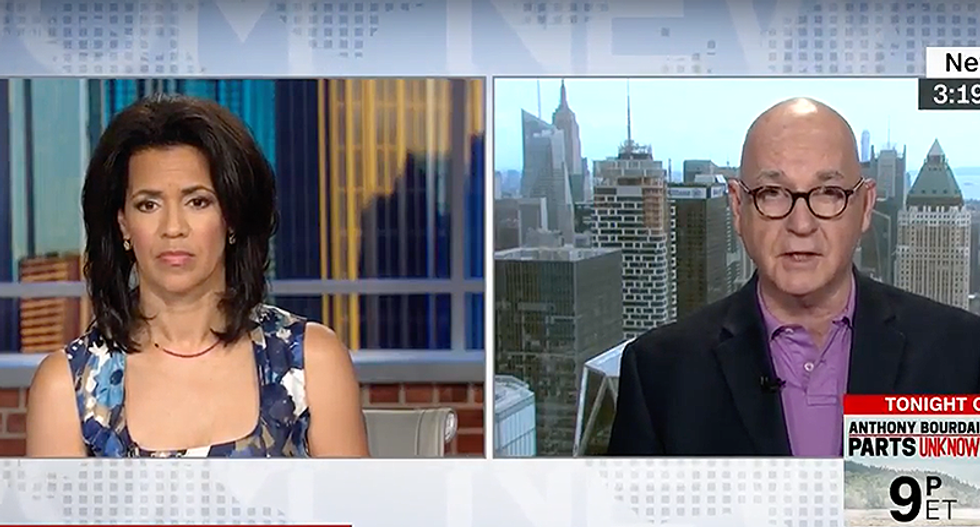 According to CNN legal analyst Paul Callan, President Donald Trump demanding that the Department of Justice investigate the FBI just added an additional count of "obstruction of justice" to the crimes he could ultimately face.

Callan explained that as the president, Trump is technically the head of the Justice Department, but that traditionally presidents sit back and allow justice to take its course. Trump, on the other hand, has bucked the trend, opposed anything "traditional" painting it as "establishment," and caused legal problems for himself as a result.

"It's opening Pandora's Box in my view," Callan told CNN's Fredricka Whitfield. "First of all, the investigation would necessarily involve an investigation of what [special counsel Robert] Mueller is doing and whether Mueller's investigation was, in part, based on an illegal infiltration of the Trump campaign. So, I think what would have to happen mechanically is you would need a second special prosecutor or independent counsel to do such an investigation."

He went on to say that doing that would mean there would be two independent counsels looking into what happened with the Trump campaign. Callan noted that Trump likely hasn't spoken to anyone to explain why this is a really bad idea for him. He predicted that when the "lawyers arrive" on Monday, Trump will likely change his tune.

Check out the full segment below: