In May of 1968, a high-profile trial began in Boston that dramatically illustrated a larger phenomenon fueling the rise of conservative Christianity in the United States.

Five men had been charged with conspiracy for encouraging Americans to evade the draft. One of the prominent defendants in the trial was a Presbyterian minister and Yale University chaplain, William Sloane Coffin Jr..

Coffin, like many ministers, vehemently opposed the Vietnam War, but many ordinary churchgoers supported it. This disagreement divided denominations.

Eventually, many alienated Protestants abandoned mainline churches in favor of the evangelical congregations that formed the core of the new conservative Christianity.

Coffin was a prominent figure in mainline Protestantism, the term given to denominations like Episcopalians, Methodists and Presbyterians. These were the churches of the middle- and upper-class establishment, and their leaders had long enjoyed close connections to political elites.

The Coffin family belonged to the upper-class circles of New York City. Coffin’s father led the Metropolitan Museum of Art, and his uncle, Henry, had been minister of the prestigious Madison Avenue Presbyterian Church as well as president of Union Theological Seminary, the divinity school that trained generations of noted ministers and theologians.

Coffin’s own life exemplified the overlapping circles of government, academia and religion in which elite Protestants moved. He was a CIA officer during the Korean War, and after completing his studies at Yale, he became the university’s chaplain.

From cold warrior to anti-war defendant

Coffin, however, turned against the government when it came to Vietnam. In 1965, he helped establish an anti-war group, “Clergy and Laity Concerned About Vietnam.” At Yale, he openly argued against the war.

His trial stemmed from a 1967 antiwar rally in Boston. During the protests, Coffin collected the draft cards of men who refused to serve in Vietnam, which was a crime. He later publicized his actions and sought arrest to force a national debate about the draft.

He was charged with encouraging young men to “refuse or evade registration in the armed forces” and faced up to five years in federal prison.

Anti-war action among the clergy

Coffin was far from the only mainline Protestant minister to oppose the Vietnam War. Many ministers, in a departure from previous wars, began criticizing U.S. policy in Vietnam in the mid-1960s.

This critique among Protestant leaders grew stronger in early 1968. A crucial event was North Vietnam’s Tet Offensive, a large-scale surprise attack on targets throughout South Vietnam, including the U.S. embassy. Though the attacks were ultimately unsuccessful, they caused many Americans to doubt President Lyndon Johnson’s assurances that the war’s end was in sight.

Soon after, leading Protestant journals offered bolder criticism. The Christian Century, a nondenominational magazine that for decades had been the voice of mainline Protestantism, published an article that condemned the war as antithetical to religious values. Its authors wrote,

“A growing consensus among mature, morally sensitive people is that the spiritual integrity of the United States…cannot be secured by our present policy in Vietnam.”

These ministers also joined Coffin in matching their rhetoric with action. The New York Times reported “an increasing number of churchmen are moving toward civil disobedience as a means of expressing dissent.”

Clergy promised to support draft resisters, even if it meant they too might be arrested. Younger ministers and divinity school students returned their own draft cards to signal their resistance.

Support for the war in the pews

As it became apparent that many mainline church leaders had embraced the anti-war position, it became equally clear that not all U.S. Protestants agreed with them. As The New York Times noted at the time, even the editors of the Christian Century and other Protestant journals recognized that “the majority of church members” did not “share such opposition to American policy in Vietnam.”

The most that could be hoped for was that churchgoers would be “willing to listen to reservations about the war.”

Times reporter Edward B. Fiske observed how conservative evangelical Protestants supported the war. Many, like the theologian and editor of Christianity Today, Carl F. Henry, believed it to be morally defensible. Fiske wrote that “the majority of laymen and clergy in this country” were more in agreement with Carl Henry than with William Sloane Coffin.

The simmering divisions that boiled over 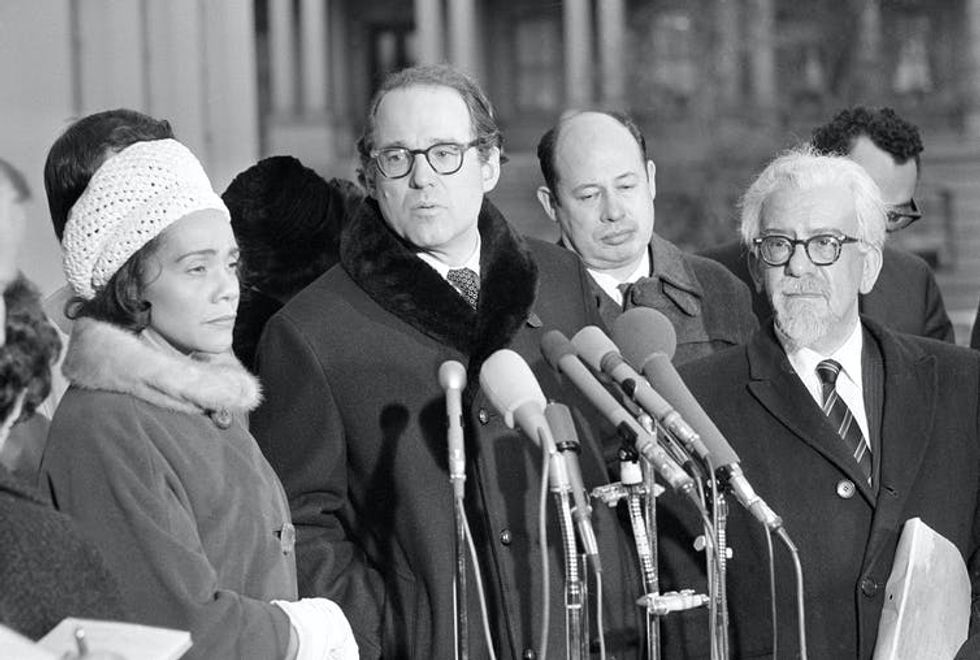 This was not the first time that prominent Protestant leaders found themselves at odds with regular churchgoers or even ordinary ministers.

As I have shown in my work on mainline Protestantism, in the early 20th century, a division had long existed between liberal Protestant leaders and more conservative churchgoers. A significant number of ministers, for example, championed civil rights efforts and affirmed interfaith cooperation with Catholics and Jews – efforts staunchly opposed by many of their congregants.

But, it was in the Vietnam era, when a large numbers of Protestant leaders actively campaigned against U.S. military policy, that for many churchgoers the opposition went too far.

As Cambridge University historian Andrew Preston has written, “divisions between liberal clerics and conservative congregants had always existed…but they were rarely as wide as on Vietnam.”

These attacks on U.S. war efforts by Coffin and other church leaders alienated many Protestant Americans – with lasting repercussions.

In terms of Coffin and his trial, the minister himself faced few consequences. Though initially found guilty, his conviction was overturned on appeal. He returned to Yale and later became minister of New York’s prestigious Riverside Church. 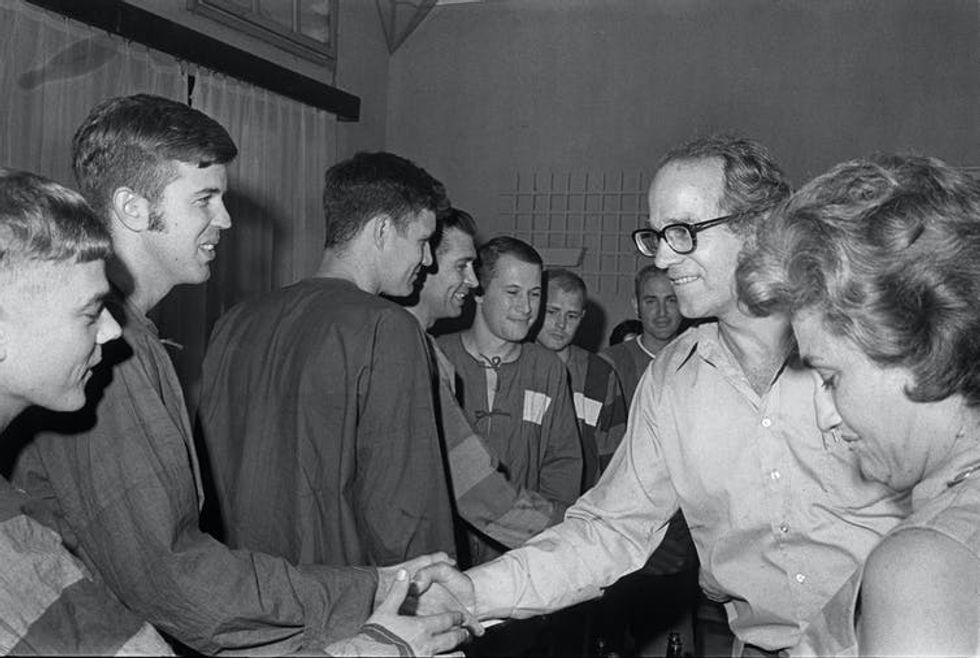 Mainline Protestant denominations, however, did not fare as well. They went into decline, losing nearly one in six members between 1970 and 1985.

In the same years, Evangelical churches grew by double-digit percentages. They welcomed Americans who had abandoned mainline denominations to protest the liberal views of clergy on many social issues, including the Vietnam War. These churches supported the religious right and its brand of conservative politics.

As historian George Bogaski observed, in the Vietnam War, “mainline churches lost.” When prominent ministers like Coffin and writers in leading periodicals attacked the war, they alienated people in the pews.

For decades, mainline Protestant denominations had united liberal leaders with more conservative churchgoers. That union proved unsustainable in the wake of 1968.