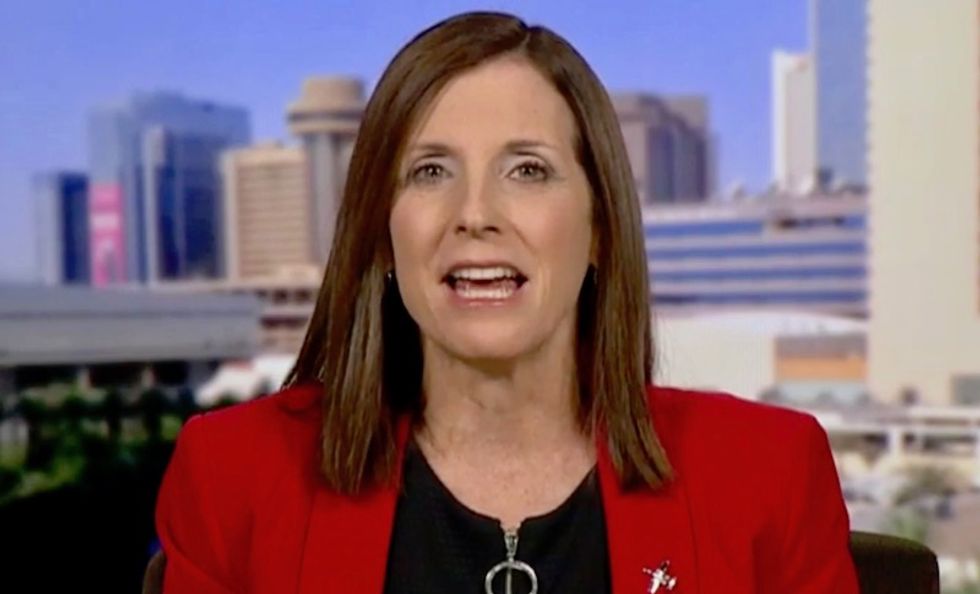 An Arizona Republican has fired a new rhetorical salvo in the great war between Californians and everybody else on the West Coast.

McSally is veering to the right to win the primary and met with President Trump to discuss the "illegals" who need to be kept out of the state. She blamed California for crime in Arizona, saying that the undocumented migrants didn't stay by the beach for long before making their way to her desolate corner of the state.

“As we look in Arizona, we often look into the dangers of the southern border,” McSally said in a video posted by the Los Angeles Times. “But if these dangerous policies continue out of California, we might need to build a wall between California and Arizona as well.”

A reporter for Phoenix New Times, in the state's larger and more liberal capital, called out the Tucson Republican's obvious dog-whistle.

"While this is clearly hyperbole, it's also racist," New Times wrote. "The assumption here is that California is somehow unsafe because sanctuary policies are preventing the authorities from coming in and sweeping up undocumented immigrants — despite the fact that there's no evidence to suggest that undocumented immigrants commit more crimes than anyone else."

Nevertheless, New Times concluded that the wall might not be a bad idea—to protect Californians.

"Anyway, anti-immigrant rhetoric aside, building a border wall between California and Arizona isn't necessarily a bad idea," the paper wrote. "People in San Diego probably wouldn't mind having fewer Scottsdale douchebros show up at their beaches this summer."