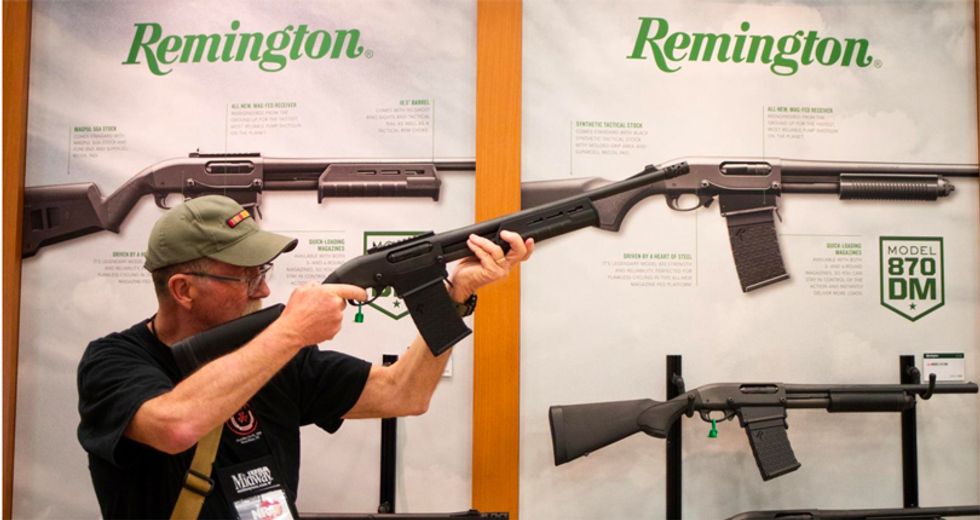 The bank is contributing $43.2 million to a $193 million lending package funded by seven banks, according to court documents, which will help put Remington back on stable footing as it emerges from bankruptcy later this month into an uncertain environment for gun makers.

The package replaces a similar credit facility the banks committed to providing Remington. Both were agreed in late March, before Bank of America, the second-largest U.S. bank by assets, changed its policy to stop financing companies that make military-style guns for civilian use.

Anne Finucane, Bank of America’s vice chair, said in April that the bank had decided on its pledge to help reduce mass shootings, saying in an interview with Bloomberg TV that “it is not our intent to underwrite or finance military-style firearms on a go-forward basis.”

The comment came weeks after a school shooting in Parkland, Florida, triggered a new movement for gun control, led in part by student survivors, increasing pressure on U.S. companies to seek to distance themselves from the firearms industry.

Finucane in the Bloomberg TV interview said that Bank of America was in discussions with its gun-manufacturing clients following the change, but did not give details. She did not mention Remington.

Bank of America’s plans to go ahead with the credit facility following its change of policy in April have not previously been reported.

Bank of America said it does not comment on client matters.

Representatives for Remington and Cerberus Capital Management L.P., Remington’s private equity owner, did not immediately respond to requests for comment. Cerberus will give up its equity stake in Remington under the weapons maker’s bankruptcy plan.

According to a review of bankruptcy court documents and interviews with restructuring experts, Bank of America’s agreement with Remington allows it to back out and find another lender to cover its commitment.

But withdrawing from the deal would hurt the bank’s reputation for standing by its lending agreements and could undermine Remington’s survival, according to one person familiar with the bank’s thinking.

Noting that the credit facility is part of a court-supervised bankruptcy, the source said that if the bank were to pull out of the deal it could expose itself to lawsuits and potential damages.

Remington makes the Bushmaster assault-style rifle, including the one used in the Sandy Hook school shooting in Connecticut in 2012 that killed 20 children and six adults.

At Bank of America’s annual shareholder meeting in April, Chairman and Chief Executive Brian Moynihan said the change of policy toward some gun makers was prompted in part because more than 150 Bank of America employees “directly lost a relative in the shootings in the last couple years.”

Moynihan was responding to conservative activist and shareholder Justin Danhof, who said at the meeting that the bank has an obligation to its investors to make profitable loans.

“The company is willfully giving up money,” Danhof said of the guns pledge.

Remington has been a client of Bank of America and the six other lenders providing the credit facility since at least 2012, according to court records.

Wells Fargo has said it believes the government should set gun policy, not companies through their credit.

In the weeks leading up to Remington’s bankruptcy, 30 other potential lenders turned down requests for help from Remington’s financial adviser, many of them citing firearms as the reason, according to court documents.

One corporate restructuring specialist suggested Bank of America could have used the new credit facility as leverage to demand that Remington stop making assault-style rifles.

“It’s perfectly reasonable for them to say to any borrower, ‘We’re happy to lend to you if you don’t make military-style assault weapons,’” said Ted Gavin of the Gavin/Solmonese LLC restructuring advisory firm. “The lender has all the power.”