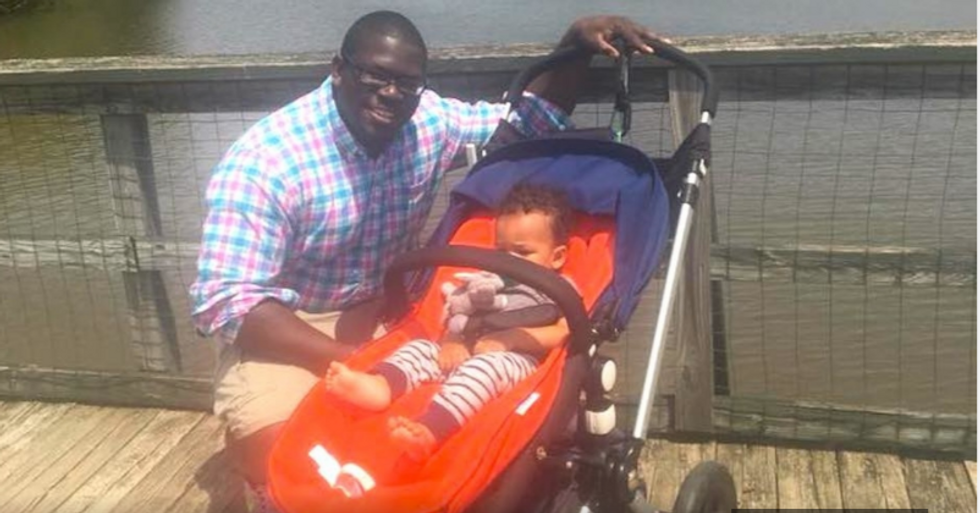 There is a growing list of things people of color can not do in peace without the interference of "well meaning white people" getting involved.

Donald Sherman, was pushing his son Caleb in a stroller through a local park in Washington D.C., and instead of having a peaceful and very normal walk through the park he was approached by a police officer, reported The Root.

"Today in Living While Black" Sherman referenced his post.

"[It was] 30 minutes into our stroll I got flagged by a security officer in one of those cars marked 'Special Police' on the side," he wrote. "I was a bit confused as to whether she was looking for me to stop, but she honked twice and pulled over so I got the picture."

The officer then told Sherman she received a call about a “suspicious man” with a baby.

"She told me that she received a complaint from someone who said there was a 'suspicious man' walking on the bike path with a baby," he wrote. "She said that when the complainant was asked to describe my race, she declined."

Sherman said the only other lady in the park at the time was a "white lady on a bike who veered off as Caleb and I were walking in her direction." He also said that she was the one who "saw fit to report me to security.”

Even though the interaction with the security officer was "pleasant," Sherman noted the severity of being stopped by the police.

“If this complaint had been made to a different security officer or an actual cop, things could have gone very differently,” he wrote. “This is exactly why we have to talk about white privilege and why black lives matter. Because at any point doing anything anywhere my safety and my child’s safety could [have] been in jeopardy because [of] some well intentioned complaint.”