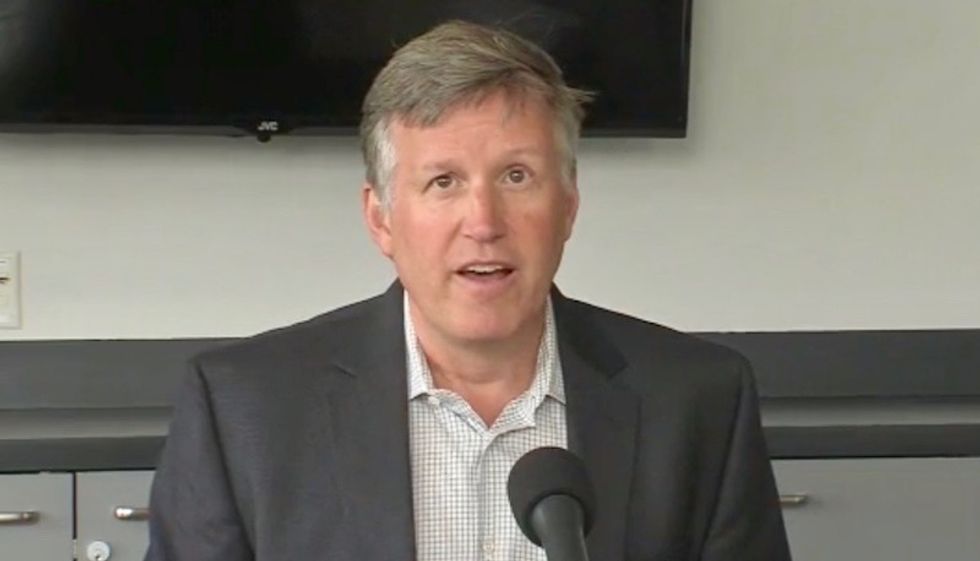 A fight over a proposed bike trail lead to a physical confrontation in which a Seattle city council member was grabbed and forcibly ejected from a grand opening party for a new museum in the city.

Mike O'Brien has been on Seattle's city council since 2010. He's a Duke grad with an MBA from the University of Washington who was the director of the local Sierra Club before serving, and who was a "kayaktivist" that helped block an oil rig that was headed to drill in the Arctic.

Over the weekend, O'Brien and his wife went to celebrate the city's new Nordic museum. The event drew Scandinavian royal families and the president of Iceland.

After the opening ceremony, some guests were invited  to an after-party at the Pacific Fishermen Shipyard. There, several men representing the hosts confronted O’Brien over his “political positions contrary to our business.”

He says it's not something he could picture happening when he took office eight years ago.

"The vast majority of people in Seattle are very compassionate people—they see themselves as compassionate, they share values around justice and equality" he said. "But there are a handful of people that have convinced some others that the only way that this is going to change if we get really loud and really noisy... and if you have to grab people and shove them, that seems to be OK. That's only a few days old, but there's certainly a a fair amount of stuff I'm reading on some social media that's like 'He got what's coming to him and good for him—that's how we're going to show them!"

The issue is being pushed by Conservative Seattle radio station KIRO, which suggested that O'Brien was drunk and belligerent: "We cannot confirm that Mike O’Brien was drunk, however, several witnesses saw him spill his drink as he was escorted out."

KIRO also cast the battle in Trumpian terms, as a culture war of "yuppie bike riders who ride their bikes to Amazon and Expedia" who are bent on displacing "blue-collar people can still make a decent living right out of high school."

If the bike trail goes through, KIRO said, "the 100-year-old maritime, bedrock businesses will be gone, and the middle class will be forced out."

O'Brien sees it as the Trumpification of Seattle politics.

"There's a concerted effort to intimidate," he says. "There's a national model now that says this is what our politics is about."