Bolton: US skipping 'months of preparation' for North Korea due to Trump's innate ability to 'size Kim Jong-un up' 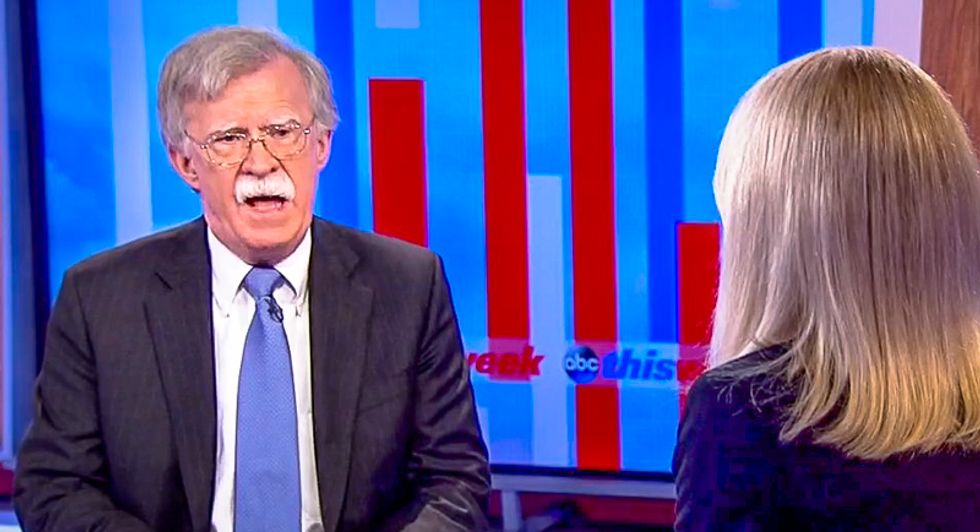 National Security Adviser John Bolton on Sunday explained that President Donald Trump was forgoing "months and months of preparation" for his meeting with Kim Jong-un because it would interfere with the U.S. president's innate ability to "size up" the North Korea leader.

During an interview on ABC's This Week, host Martha Raddatz pointed out that the outcome of most meetings between world leaders were predetermined by prior negotiations.

"It's the reason why the president is both optimistic but realistic at the same time," he concluded.