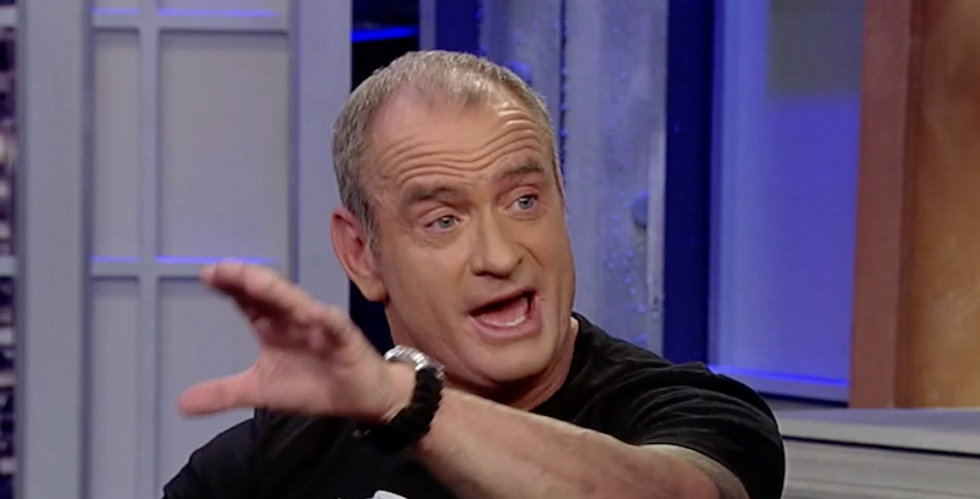 Terry Schappert is an occasional Fox News commentator who was trained to serve in the Special Forces. He left before 9/11 though he was deployed "in support of Operation Iraqi Freedom."

Schappert also does occasional appearances on Greg Gutfeld's Fox News show, where tonight he stepped up to say something hinted at by young male Fox News types like Gutfeld and the frat-bro Jesse Watters.

Namely, that Donald Trump is an awful, awful person.

Or, as Schappert put it: "A guy who is callous, thin-skinned, ego-driven."

You might think that would make Schappert dislike Trump, and pine for a president like Obama. But, as others have written, Trump's disgustingness is actually his appeal to nihilistic white men who feel left behind by an evolving society that wants them to play games with female protagonists and get consent before performing sex acts.

As author Dale Beran put it: "Trump’s younger supporters know he’s an incompetent joke; in fact, that’s why they support him." Supporting Trump is an act of "utter contemptuous despair"—though it's rare to find a man who'll admit that.

"I call Donald Trump the flash-bang cannon," he said, echoing Ted Cruz. "Trump's a flash-bang and it's funny to watch how he has crushed these people—and they needed to be crushed. Dems and Republicans, media and academics."