'How can you not step in?': Fox News host claims FBI should have pulled Russia-connected Trump aides off campaign 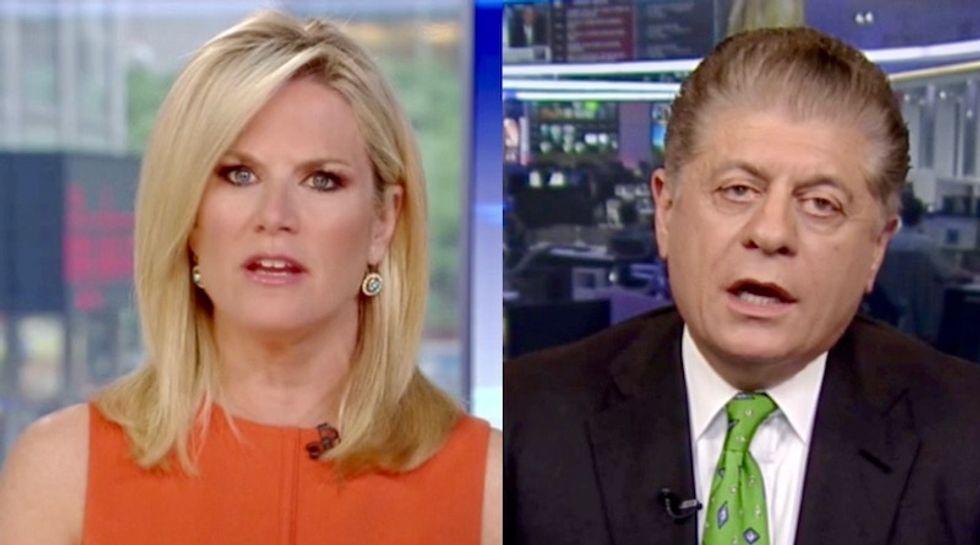 Fox News host Martha MacCallum argued on Tuesday night that the FBI should have injected itself to the 2016 campaign by announcing that members of the Trump campaign had ties to Russia and forcing them off the campaign.

"It's like a crime in progress," she said. "So how can you not step in and say, 'Look: you, you and you—you are off the campaign. We want to know who you've been talking to."

MacCallum's guest was former judge Andrew Napolitano who had to explain this is not how things work.

He also dared say that there was "no evidence whatsoever" of Trump's #Spygate conspiracy talk.

"That is standard operating procedure in intelligence gathering and in criminal investigations," he said. "Sometimes you don't want to tell people that you are worried that you are not sure if their organization has been invaded, so to speak."