'You can't dance around this': CNN host corners Trump supporter over inflammatory attacks on immigrants 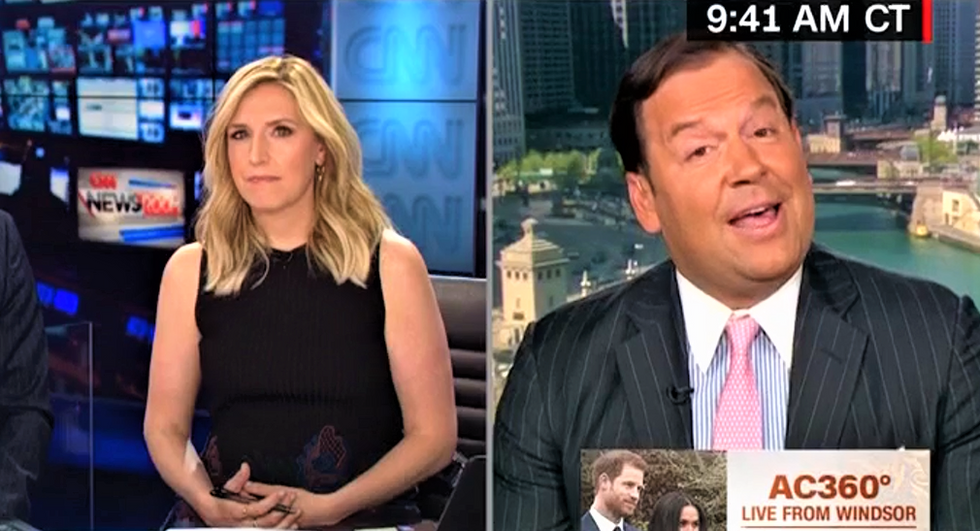 Trump supporter Steve Cortes on Thursday tried to defend President Donald Trump's contention that "people coming into the country" are "animals" -- but he got cornered by a CNN host who wasn't buying his spin.

Like other Trump supporters, Cortes said that the president was only referring to MS-13 gang members as "animals" and not undocumented immigrants as a whole.

However, CNN's John Berman pointed out to him that the president has made broadly inflammatory attacks on immigrants in the past, including when he said that most immigrants coming over from Mexico were "rapists" during his infamous campaign launch event in 2015.

Cortes, however, argued that these were just parts of Trump's "authenticity" and evidence that he didn't "speak in a lawyerly fashion."

At this point, Berman pounced.

"So we should believe him then, according to you, he's being authentic when he's calling Mexicans coming over the border rapists, right?" he asked. "If he's authentic as you say, do we take him at his word, yes or no?"

"Are there rapists and murderers who come across illegally? Yes," Cortes replied.

Co-host Poppy Harlow, however, called out Cortes for dodging the question.

"You can't dance around the question," she said. "You said the president is being authentic here. John's question to you is, okay, so we take him at his word when he says they are drug dealers, they are rapists coming into the country? Yes or no?"

"Do drug dealers and rapists cross the border? Yes, absolutely they do," he said.

"That's not my question and you know it," she shot back.