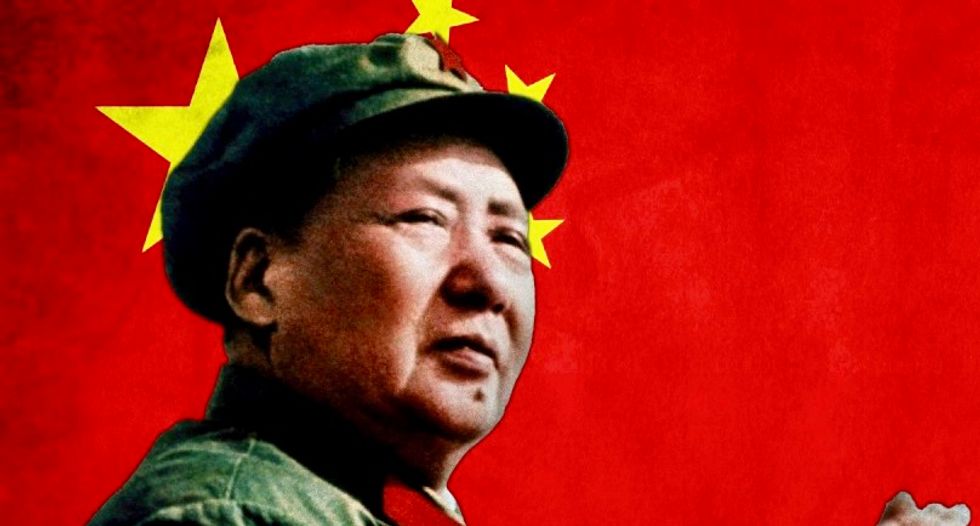 A publicity stunt featuring a Mao Zedong lookalike at a conference on blockchain in China on Monday sparked an uproar on social media, with some users saying the “shameful” disrespect to the founding leader could hurt the industry’s image.

Dressed in a grey Mao suit and speaking in an accent from Mao’s birth province of Hunan, an actor told the audience at the 2018 Boao Asia Blockchain Conference that he wished the event a success.

“You are worthy of being called the great sons and daughters of the Chinese nation, and I thank you in the name of Mao Zedong,” the actor said, according to videos posted on WeChat, a social media platform.

Chinese law prohibits using images of past and current leaders in television advertisements.

Actors are also banned from promoting goods and services in the image of national leaders, according to the State Administration for Industry and Commerce.

Mao, who died on Sept. 9, 1976, is still venerated by the ruling Communist Party as the founder of modern China and his face appears on banknotes.

“This is shameless,” wrote one user on WeChat.

Others said it could hurt the future in China of blockchain, a technology that underpins bitcoin and other digital currencies. A ticket for the two-day conference on the southern Chinese island of Hainan cost up to 2,980 yuan ($466).

Chinese authorities have cracked down on the cryptocurrency business to try to limit risks as consumers pile into a highly speculative market that has grown rapidly.

While Beijing has banned initial coin offerings, shut cryptocurrency trading exchanges and limited bitcoin mining, it has continued to flourish through alternative channels in China.

“Blockchain is a fledgling business that warrants the attention and open attitude from the government, and we will not tolerate any scam behavior that disrupts industry order in the name of blockchain,” said another user on WeChat.

Conference organizers apologized for the performance, co-organizer Bikuai said on its website.