'This is chilling': Reporter explains how Israeli intel firm tried to spy on Obama officials to kill Iran deal 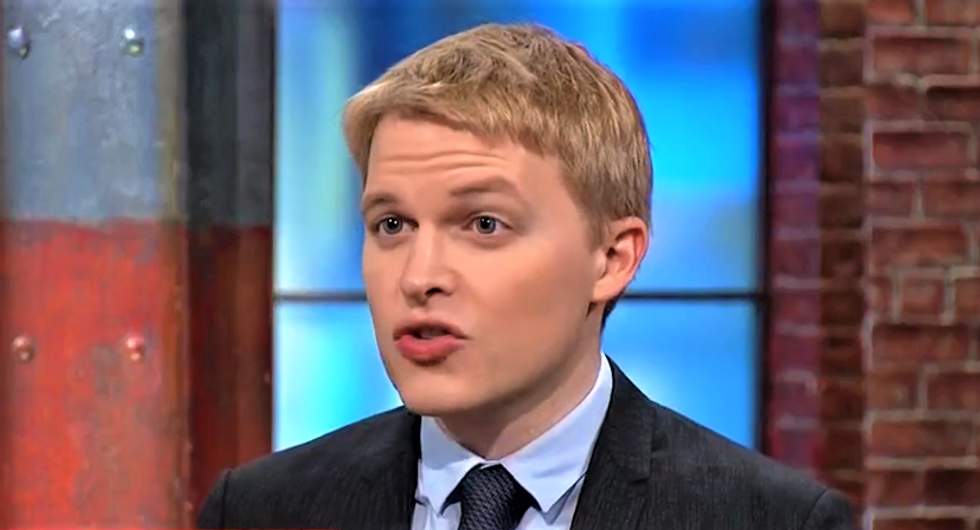 Reporter Ronan Farrow on Monday appeared on CNN to talk about his latest report in the New Yorker about the Israeli private intelligence firm that aides to President Donald Trump allegedly hired to dig up dirt on supporters of the Iran nuclear deal.

Farrow's report, which piggybacks off a Guardian report from over the weekend that claimed Israeli intelligence firm Black Cube had been hired by Trump aides to spy on former Obama administration officials who were instrumental in pushing the Iran nuclear deal, shows how agents of the firm assumed false identities to try to trick officials into meeting with them.

"Black Cube agents were instructed to try to find damaging information about them, including unsubstantiated claims that [former Obama administration officials Ben Rhodes and Colin Kahl] had worked closely with Iran lobbyists and were personally enriched through their policy work on Iran (they denied those claims)... and an allegation that one of the individuals targeted by the campaign had an affair," Farrow reported.

Speaking with CNN's Alisyn Camerota, Farrow said that the Black Cube agents used aliases in an effort to contact former Obama officials' wives in an effort to find damaging information about their husbands that could be used to undermine support for the Iran deal.

Among other things, Farrow reported that one agent "told Kahl that her firm was launching an initiative on education and that she wanted to meet to discuss the school that Kahl’s daughter attended."

"This is chilling stuff," Camerota said. "When your wife starts getting a call about her kids' school."

However, Farrow said he could not confirm that Trump aides had hired Black Cube, which has denied that it had been paid by anyone working at the White House to spy on former Obama officials.

The right-wing Proud Boys and Oath Keepers have hit the skids since the Jan. 6 insurrection.