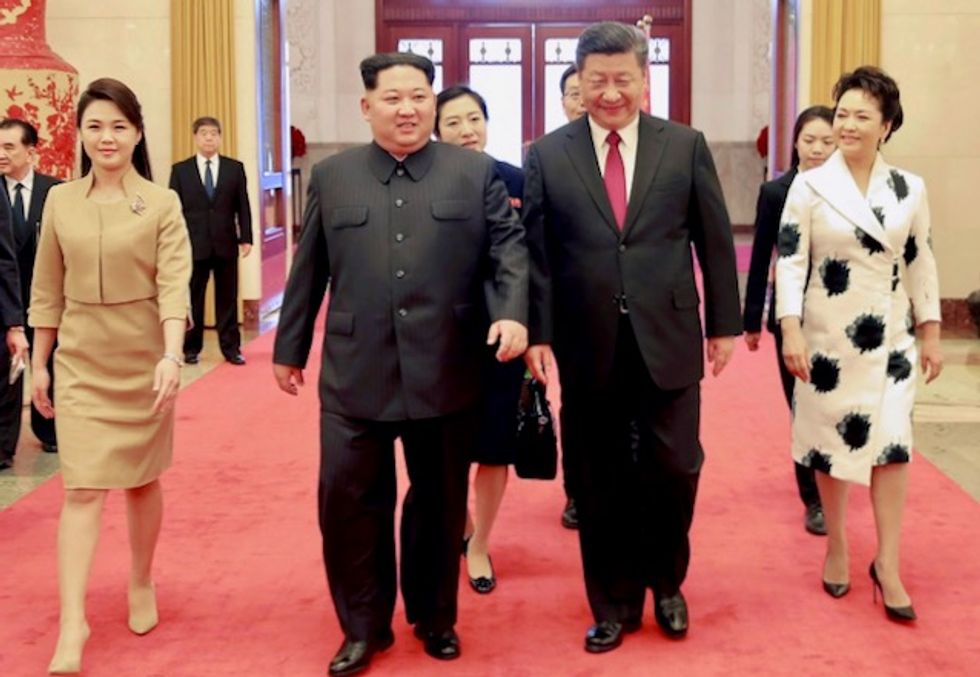 Kim Jong Un had never met a foreign leader before, and the secrecy around his Beijing trip allowed both countries to stage manage any potential embarrassing errors KCNA VIA KNS/AFP /

Wang told Kim that China supported an end to the state of war on the Korean peninsula and North Korea’s switch to economic construction, the ministry added.