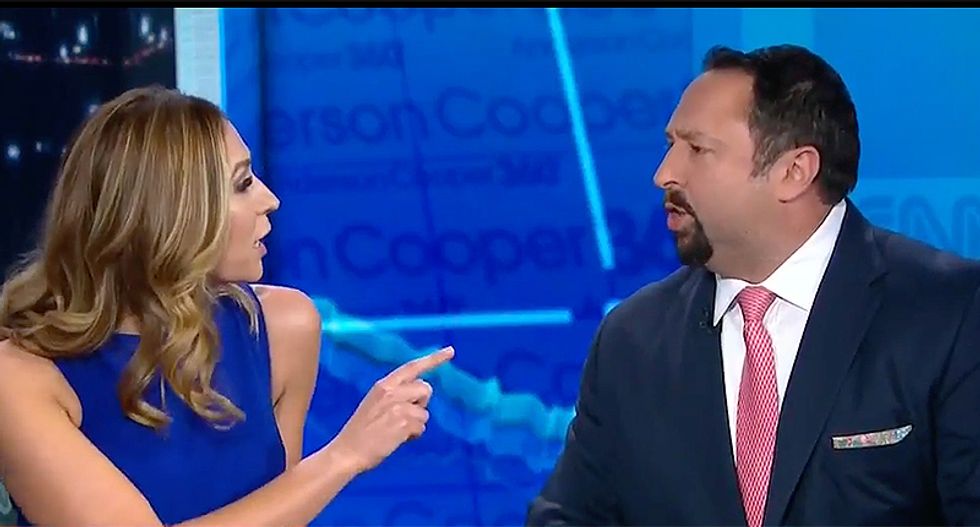 A panel discussion with CNN's Anderson Cooper ended in an uproar. When asked about foreign government's involvement in the presidential election, CNN analyst asserted that the president is using the same old distraction methods.

Political commentator, Paul Begala, said: "You begin with projection. I'm not a puppet. You're a puppet. He said Ben Carson wasn't a good Christian? That's how he attacks. He deflects. Something else to think about. Trying to divert, distract, anything other than answer the simple questions."

Amanda Carpenter, political advisor and author chimed in and said Trump has America distracted because nobody is focused on the important information.

"Let me explain to you why it's working. He's won this argument because everyone is sucked into the debate of whether there was a spy embedded into the campaign," Carpenter said.

"I see it much differently. Let's not gloss over this. The fact of the matter is the FBI or DOJ were running an outright entrapment effort," Miller said.

"Based on What!" Carpenter said as she spoke over him.

Watch their debate unfold below: