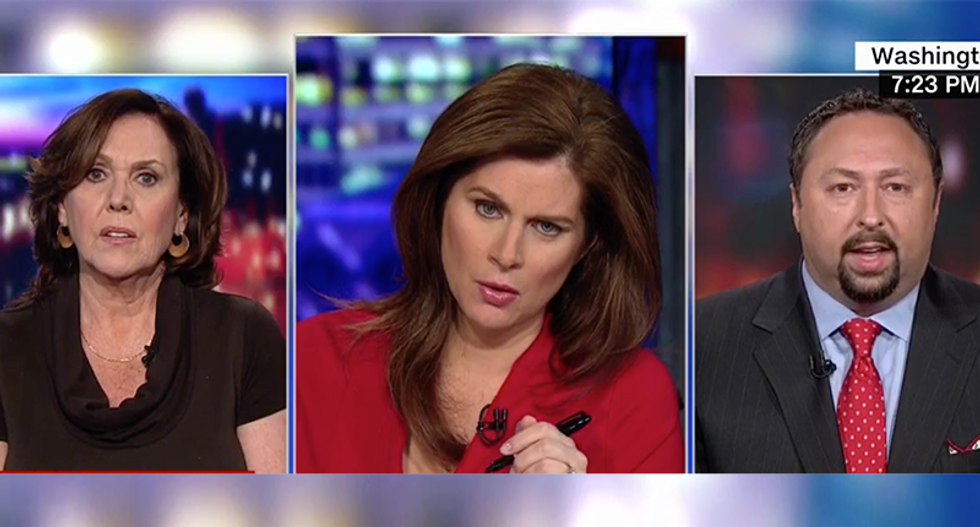 When CNN's Erin Burnett asked why the White House has not apologized about the remarks Kelly Sadler made about Sen. John McCain, former Trump communications aide Jason Miller, said that it was not President's Trump responsibility.

Miller said that real problem was the "leak" instead of the rude comments made about Sen. John McCain.  Joan Walsh, national affairs correspondent for the Nation was not here for anybody defending President Trump.

Walsh repeatedly interrupted Miller and mocked him by calling the attacks on McCain "traitorous." The mockery harkens back to Republicans calling Democrats treasonous for disagreeing with the war in Iraq and questioning McCain on campaign policies in 2008.

"This is the leakiest White House in our adult memory," Walsh said.  "It starts with the president's disrespect for his staff, from the truth. It trickles down to a dysfunctional White House where everybody is at each other's throats and happy to backbite and backstab. So this is more than just some errant staffer who spoke out of turn about a joke or whatever you want to call it in a staff meeting. This is systemic."

The two began to clash once Miller called out Walsh for not praising Trump for his recent accomplishments.

Watch their argument unfold below.