CNN's Jim Acosta: Trump is violating his oath of office by attacking the free press 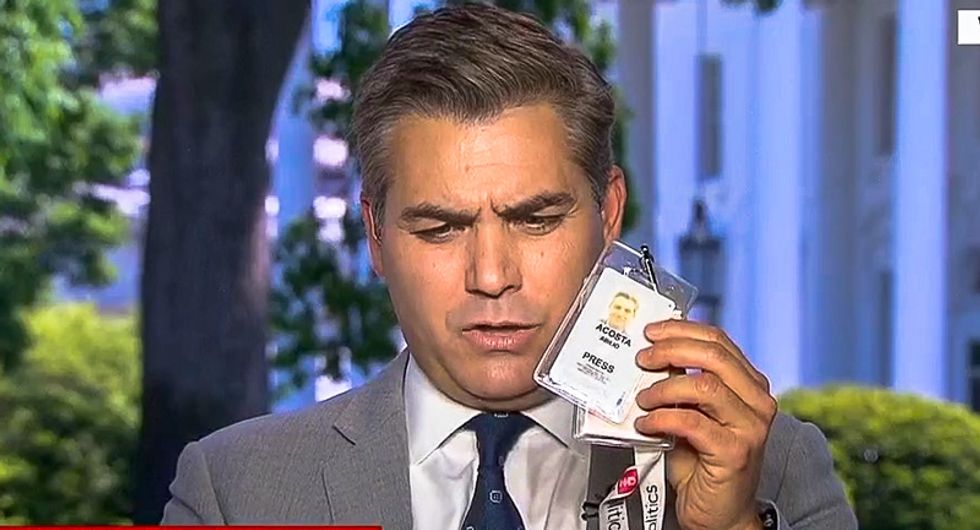 CNN White House correspondent Jim Acosta suggested on Wednesday that President Donald Trump has violated his oath of office by threatening to revoke the credentials of news outlets that report negative information about his administration.

In a tweet Wednesday morning, Trump complained that "91% of the Network News about me is negative (Fake)." He also suggested that he could punish the networks by "[taking] away credentials."

On Wednesday afternoon, Acosta confirmed to CNN host Wolf Blitzer that the White House had not yet revoked his press credentials.

Acosta also noted that the White House Correspondents Association has condemned Trump's proposal as "an unconscionable assault on the First Amendment."

The CNN correspondent added: "So when the president threatens to go after the news media and [threatens to] revoke their credentials and calling us all sorts of names, he really is sort of undermining an oath he took in front of the American people."