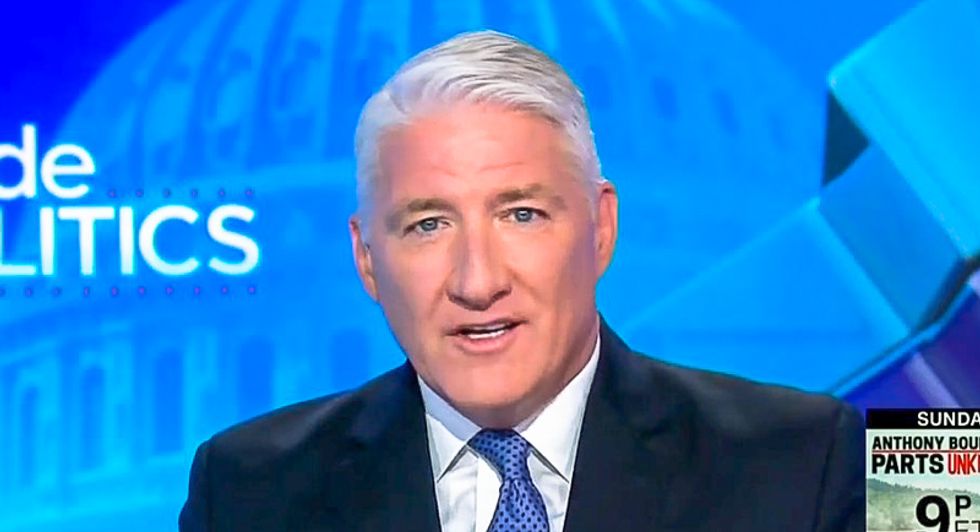 During her Wednesday night Full Frontal program on TBS, Bee blasted President Donald Trump's daughter Ivanka for posting a tweet holding her child while her father supports a policy of separating immigrant children from their parents.

“Ivanka Trump, who works at the White House, chose to post the second most oblivious tweet we’ve seen this week,” Bee said on Wednesday's show. “You know, Ivanka, that’s a beautiful photo of you and your child, but let me just say, one mother to another, do something about your dad’s immigration practices, you feckless c*nt!”

In a Thursday segment on CNN, King likened Bee's remark to a racist tweet that caused ABC to shut down Barr's hit show.

"Let me just say no, no, no," King stated. "From one parent to another, criticize the policy. Some things just aren't funny. Roseanne's racism is not funny, Sam Bee using that word is not funny."

"The problem with Roseanne Barr, is she may actually be really racist," she noted.

"Apologize, apologize," King concluded. "And the company, forgive me, I work here. But the company should say something too."

Both TBS and CNN are owned by Time Warner.