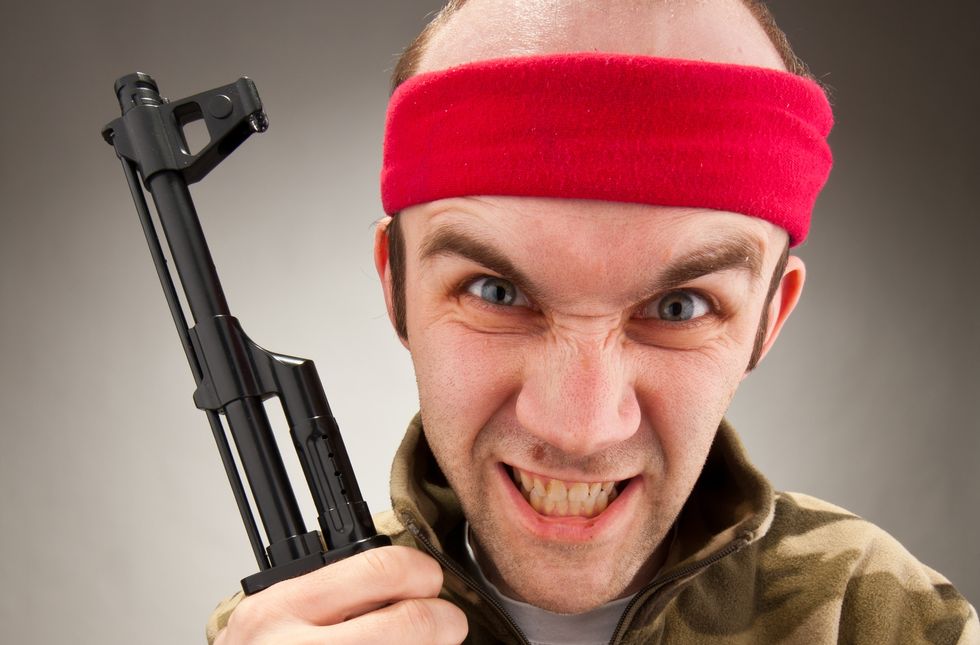 A 31-year-old vegan chef from Brooklyn happens to have the same name as a teenage girl who survived the school shooting at Marjory Douglas Stoneman High School -- and she's regularly getting harassed over it by confused gun-loving conspiracy theorists.

The Washington Post reports that New Yorker Emma Gonzalez has been the target of a harassment campaign by conspiracy theorists who have her confused with Parkland teen Emma Gonzalez, who has been outspoken in her advocacy for stronger gun laws in the wake of the deadly shooting at her high school.

"After the tragedy in Parkland — like after the tragedies in Las Vegas, Orlando and Sandy Hook, Conn. — amateur sleuths on Reddit, Twitter and WordPress questioned the stories of those who publicly grieved," reports the Post. "They called the victims 'fakers,' political operatives, employees of a 'deep state' bent on disarming Americans."

In Gonzalez's case, they believed that her work as a chef was an elaborate cover operation for the fact that she had plastic surgery to make herself look younger -- and then had traveled down to Florida to pose as a "crisis actor" playing a traumatized Florida teenager.

She started regularly receiving Facebook messages asking her questions such as, "You haven’t been in high school for a long time. Why are you posing as a bald student?" and "How does it feel to be a crisis actor for the deep state?"

One conspiracy theorist even called up her former employer and accused them of "producing" Emma Gonzalez while insisting that she be questioned and "possibly arrested."

And it gets worse -- one of the conspiracy theorists accusing her of being a "crisis actor" even showed up to her current place of employment and tried to confront her.

Read the whole story at this link.