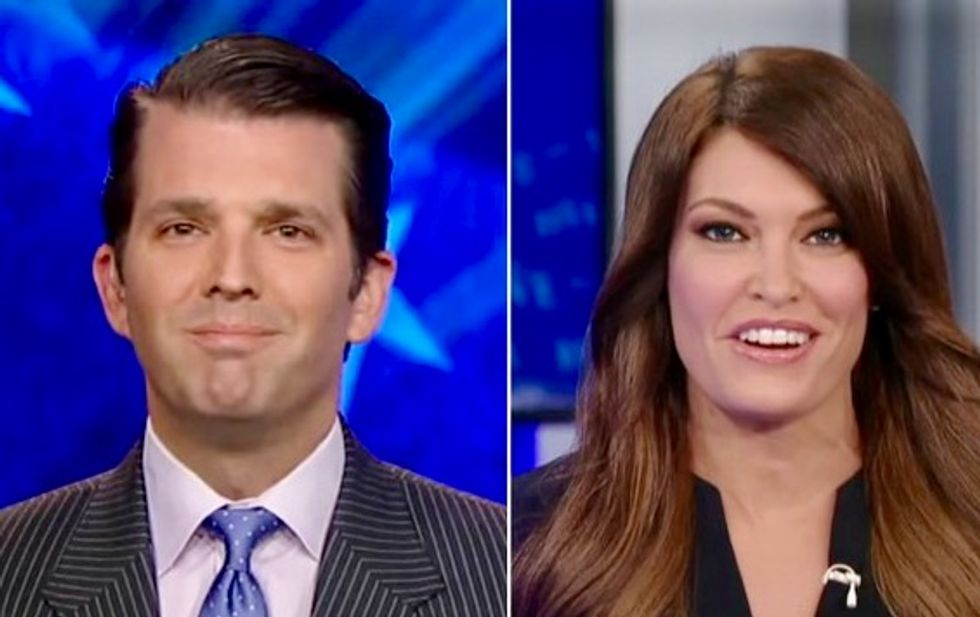 Trump is said to have begun the relationship with Guilfoyle weeks ago, shortly after it was announced that Vanessa filed for divorce.

“Don Jr. and Kimberly are seeing each other, and are having a great time," a source told Page Six. "While he wants to respect the privacy of his family, he is getting divorced, and he enjoys Kimberly’s company.”

Vanessa can't be surprised that Don Jr. already found someone new—he reportedly stepped out on her in the past with former Celebrity Apprentice contestant Aubrey O'Day.