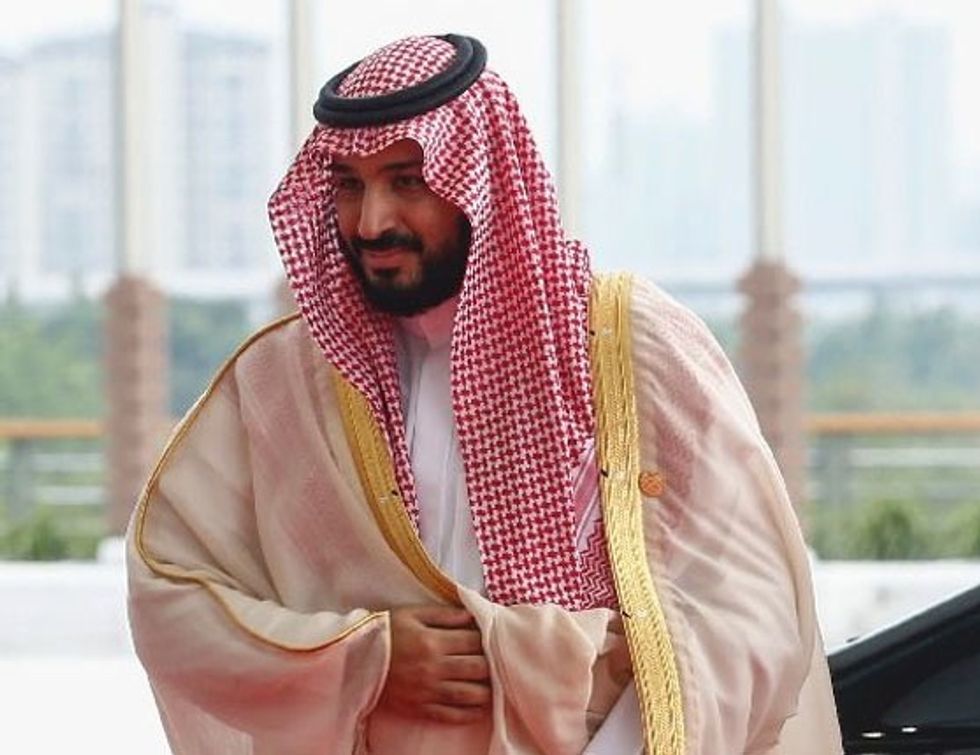 When Saudi Arabia’s Crown Prince visited France in April, he oozed confidence that President Donald Trump would pull the United States out of the Iran nuclear deal which Riyadh has long opposed.

Answering reporters’ questions in Paris, two weeks after talks with Trump in Washington, Prince Mohammed bin Salman compared the deal to the 1938 Munich Agreement which was meant by European powers to appease Nazi Germany but ended in war.

Where French, German and British diplomatic efforts failed with Trump, Saudi Arabia’s appear to have succeeded.

A source close to Saudi policymakers said Washington and Riyadh, Iran’s main regional rival, had been discussing the 2015 nuclear deal “for some time” before Trump announced on Tuesday that the United States was pulling out of it.

The source said it was “obvious” from the Crown Prince’s talks with Trump in the White House on March 20 and a visit to Riyadh a month later by U.S. Secretary of State Mike Pompeo that there had been a “coordination” of positions.

“We were for it and we worked on it,” another Saudi source said of Riyadh’s diplomacy.

Also celebrating is Israel, another of Iran’s enemies. Israeli Prime Minister Benjamin Netanyahu unveiled what he said was evidence of a secret Iranian nuclear weapons program on April 30.

Most of the purported evidence Netanyahu presented dated to the period before the 2015 accord was signed, although he said Iran had also kept important files on nuclear technology since then, and continued adding to its “nuclear weapons knowledge”.

Tehran dismissed Netanyahu as “the boy who cried wolf”, and called his presentation propaganda.

Although Israeli officials said they did not know whether Trump had been swayed by the information, the president referred to it in his announcement on Tuesday.

Netanyahu had talks with Trump in the White House in March and Israeli diplomats worked hard behind the scenes to get their country’s views across on the deal, intended to prevent Tehran obtaining a nuclear bomb but seen by opponents as flawed.

Asked how much of the Israeli ambassador to Washington’s time had been spent arguing the case against the deal, Deputy Minister for Diplomacy Michael Oren told Reuters: “Ball-park guess? Something in the vicinity of 90-plus (percent) ... This issue is, for Netanyahu, paramount.”

Trump’s announcement was a blow to French President Emmanuel Macron and German Chancellor Angela Merkel. Both tried to change Trump’s mind on Iran during visits to the White House in April, and both failed.

British Foreign Secretary Boris Johnson also made a last-minute dash to Washington but did not get to see the president.

He put Britain’s case at talks with Pompeo and in an interview with “Fox & Friends” on cable channel Fox News, which Trump regularly watches.

Despite their efforts, European leaders knew by mid-April that the chances of persuading Trump to stay in the nuclear deal were fading, European diplomats said.

“Macron’s visit was the last resort,” a European official told Reuters in Brussels, referring to the French leader’s talks with Trump in the White House on April 24.

Describing the last month of diplomacy as “disastrous”, the official said: “For weeks all the indications from the White House and State Department were: ‘He’s out (of the deal)’.”

On Wednesday, the European allies were seeking to salvage the nuclear deal and preserve their business with Iran.

Trump’s message to the Europeans in the run-up to his announcement was that they must come up with a way to toughen the nuclear deal if the United States was to remain in it, said sources familiar with the discussions.

He pressed for a separate deal to go alongside the nuclear agreement that would address other U.S. concerns about Iran such as its ballistic missile program, which was not covered in the 2015 accord, they said.

Progress was made in the negotiations, but not enough to sway Trump.

The sources familiar with the debate said Trump wanted a separate agreement with the other main signatories of the original deal — France, Britain, Germany, China and Russia. But Berlin said the agreement would have to be submitted to a European Union body for approval, and this appeared to stall the effort, they said.

Pompeo told the German and British foreign ministers and a senior French official by telephone last Friday that Washington would no longer pursue the process with Europe.

The European and U.S. positions were too far apart on the so-called sunset clauses allowing for some restriction on Iran’s nuclear enrichment program to be lifted. By midway through last week, European diplomats “felt like we were going through the motions,” a European official said.

Some European diplomats believed any chance of persuading Trump to stay in the deal had gone even before Macron visited Washington.

They saw Pompeo’s appointment in March as a deadly blow, and it was quickly followed by the arrival in the White House of John Bolton, another Iran hawk, as national security adviser.

Rex Tillerson, the previous secretary of state, had seen value in staying in the deal, as did Defense Secretary James Mattis. The president reluctantly agreed to give the deal more time in April 2017 when an initial renewal deadline approached.

But by the next deadline, last July, Trump was furious at aides for trying to persuade him to stay in the deal, a source familiar with the debate said.

“You mean you had three months, and you didn’t do anything?” he told them, the source said.

In October, Trump announced he would not permit U.S. certification of Iranian compliance with the deal, setting the United States on the path that it reached on Tuesday.

A White House official said that in the days leading up to the president’s announcement, top aides had not been seeking aggressively to talk Trump out of withdrawing because his mind had been made up.

By then, European officials were despondent, a European diplomat said.

“We realized we have to buy time. On the eve of the Trump decision, all we could do is to tell the Iranians: don’t do anything rash,” the diplomat said.

Writing by Steve Holland and Timothy Heritage; Additional reporting by Robin Emmott in Brussels, Stephen Kalin in Riyadh, Dan Williams in Jerusalem and Elizabeth Piper in London and Marine Pennetier in Paris, Editing by Mike Collett-White