Ex-Bush NSA chief Michael Hayden: No GOP Congress will ever impeach Trump regardless of Mueller's evidence 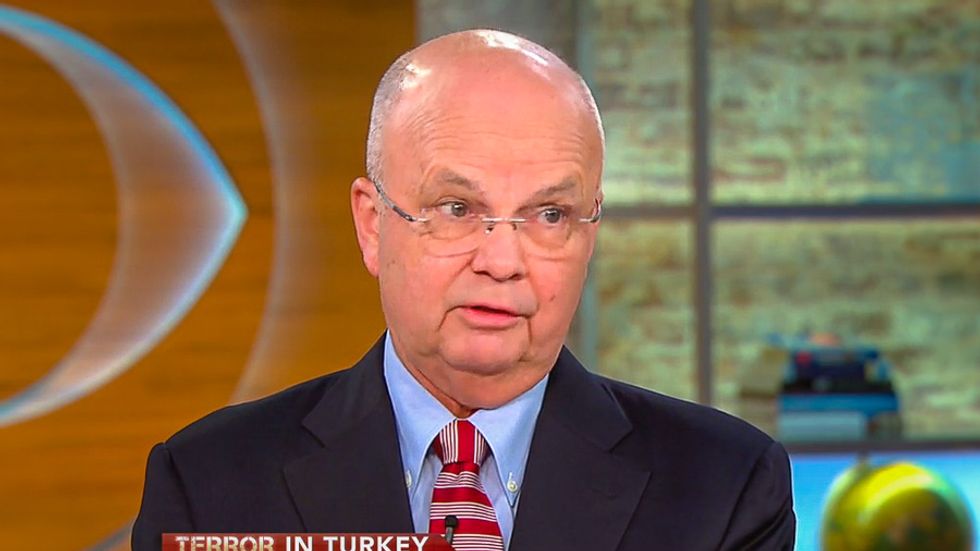 Gen. Michael Hayden, who headed the NSA under President George W. Bush, predicted on Wednesday that President Donald Trump would never be impeached by a Republican-controlled Congress even if special counsel Robert Mueller proved that he colluded with Russia in order to win the 2016 election.

During an interview with WNYC's Brian Lehrer, Hayden said that partisanship has reached a new level in Congress.

"The president seems to be upset with that," he continued. "He then is enlisting his allies in the legislative branch -- the ones that, by design, should be limiting him -- to go put pressure on elements of the executive branch that he cannot quite control or prevent them from doing what I would call their duty."

As one example, Hayden pointed to the House Freedom Caucus recently drafting articles of impeachment against Deputy Attorney General Rod Rosenstein because he signed off on warrants to surveil a member of the 2016 Trump campaign.

During the interview, Hayden also sympathized with a caller who worried that Congress would not act if Mueller presented evidence that Trump had committed high crimes.

"I don't believe that there is any body of evidence that Bob Mueller could present that would convince a Republican-controlled Congress to impeach Donald Trump," Hayden lamented. "That's a sad commentary."

Hayden admitted that he wasn't sure that impeachment would be the best solution if Democrats manage to take control of Congress.

"I don't have a good exit ramp here," he said. "But I fear the one that people might take."

Listen to the audio below from WYNC.