Ex-CIA officer warns Trump: 'Every time the president has a bad hair day we're not going to conduct an investigation' 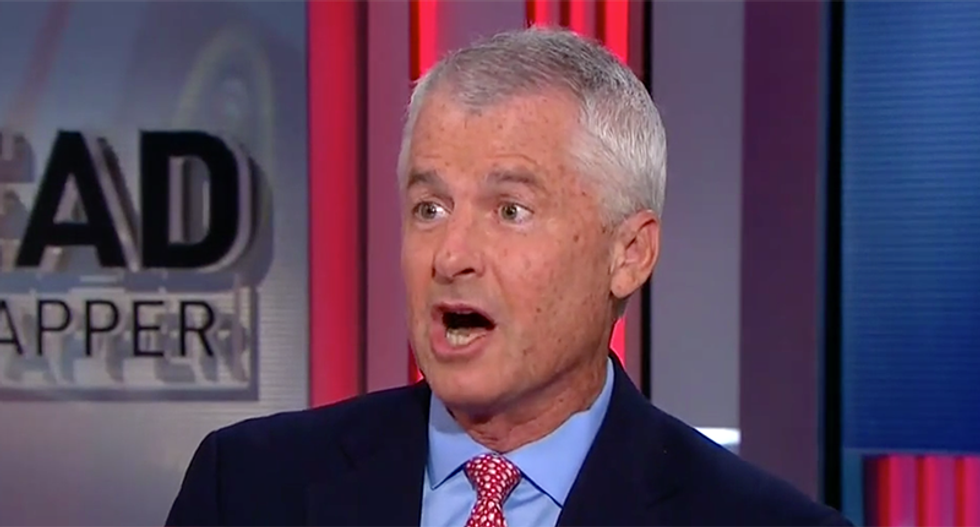 In a Tuesday panel discussion with CNN's Jake Tapper, former CIA officer Phil Mudd couldn't resist taking a jab at President Donald Trump's tendency to go off "when he gets a bee in his bonnet."

The conversation surrounded the president's latest decision to order an investigation of the Russia investigation based on the conspiracy theory that the FBI planted a spy in his campaign for political purposes. It was enough for Mudd to call balderdash.

"So, part of this is the president of the United States saying I think there was a spy in my campaign because I read the newspapers," he told Tapper. "Could we step back for a moment. When we are in a democratic society we should be cautious having politicians decide who gets investigated. That is politicization and that is dangerous. We should have investigated when Trump Tower was wiretapped because the president had a bee in his bonnet about that when Susan Rice unmasked people and the Republicans had a bee in their bonnet and went to the White House and said that is a fraud."

Mudd then noted sarcastically that clearly the U.S. should have investigated former President Barack Obama because Trump said that the first black president wasn't a naturalized citizen.

"Every time the president has a bad hair day, by the way which is often, we're not going to conduct an investigation and politicians shouldn't be directing who gets investigated by federal authorities," he closed.