Ex-CIA officer says Trump’s latest ridiculous claims echo others: 'This is like that time he said Trump Tower was wiretapped' 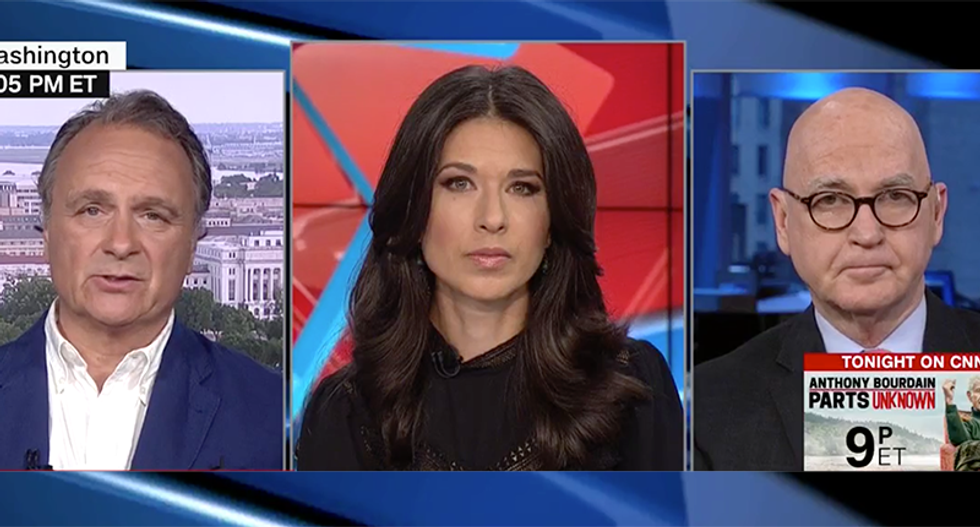 During a panel discussion Sunday, former CIA operative Robert Baer explained that it isn't unusual for an FBI agent to speak to or approach someone they are concerned a foreign country might be attempting to infiltrate an American campaign.

While President Donald Trump thinks that his campaign was being spied upon by the FBI, Baer explained it was more likely that the FBI was working to ensure Trump wasn't being spied on by Russia.

"It's not unusual at all if the FBI believed that the Russian intelligence was trying to infiltrate the Trump campaign through Carter Page and a number of other people," Baer told CNN's Ana Cabrera. "It's natural for the FBI to collect counterintelligence on this. That's what the FBI does for a living. It stops espionage. To do that, they run confidential informants into the suspects, and they do it all the time. In this case it was the National Security Agency which referred it to the FBI, possibility that Carter Page had been recruited or was being recruited. So, FBI as far as I've seen, I've seen no other evidence, is doing what it's supposed to do."

Sources have told CNN that the person that was meeting with Page was not "embedded" or "planted" into the campaign to investigate Trump.

"Not at all because the FBI does not collect political intelligence," he continued. "It investigates crimes. In this case it's the crime of espionage, and this is what the FBI was doing. Unless there's a new piece of evidence, but certainly that's not come out. Ana, this reminds me when Trump said a couple of months ago that Trump Tower had been tapped, the phones there. And that turns out to be absolutely wrong."

He went on to say that he doesn't think that the president even understands how the intelligence community works. Instead, he's being swayed by "the deep state" conspiracy theories of the far-right.

"I could never see the FBI responding to a president who said go after an opponent of the Democratic Party," he said. "It's not the way the FBI works."