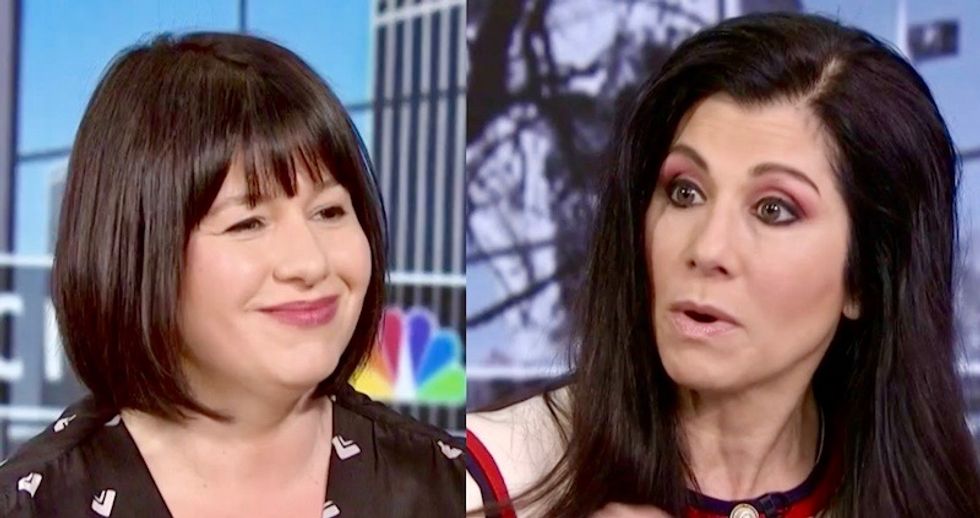 Donald Trump's pick to lead the CIA has reportedly sought to withdraw her nomination fearing a confirmation hearing focused on her involvement in torture at CIA black sites.

The White House is pushing back by accusing those who don't support the water-board boss of sexist. Sarah Huckabee Sanders called those who oppose her hypocrites in a snarky Saturday tweet.

"There is no one more qualified to be the first woman to lead the CIA than 30+ year CIA veteran Gina Haspel. Any Democrat who claims to support women’s empowerment and our national security but opposes her nomination is a total hypocrite," Sanders tweeted.

There is no one more qualified to be the first woman to lead the CIA than 30+ year CIA veteran Gina Haspel. Any Dem… https://t.co/utXxKzk0Bv
— Kayleigh McEnany (@Kayleigh McEnany) 1525551547.0

This inspired a fierce debate over whether supporting a woman who oversaw torture for a top position made you a good feminist.

Republican strategist Noelle Nikpour said that Sanders was playing the "woman card" and that this was good.

New York Times columnist Michelle Goldberg was not having it.

"I'm sorry but my eyes cannot roll back far enough in my head," she said. "The idea that there is no feminist in America who is rooting for the first female water-boarder... the idea that they're going to play the woman card, the most sexist administartion in modern history."

IT's a card, it's a hard—it's not serious," said journalist Bobby Ghosh.

Former CIA operative and independent presidential candidate Evan McMullin said that Haspel may be the best hope those who fear Trump have—as a careerist in the agency, he thinks she is less likely to allow it to be politicized and possibly used to abuse Trump's enemies.

Watch the exchange below.