'You are in my f*cking custody! I will forcibly remove your a**!': Audio released of California man threatening to 'deport' Chinese student 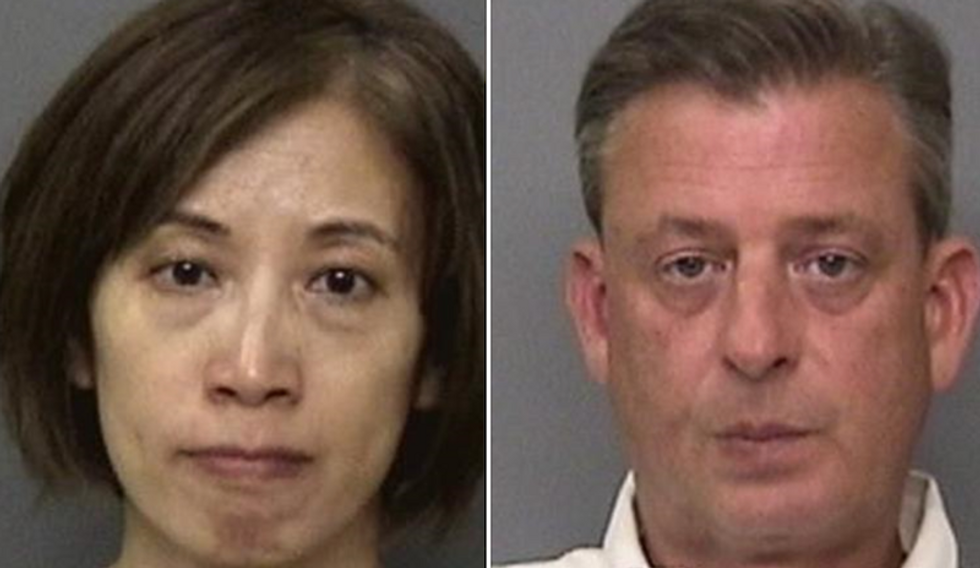 Shocking audio has emerged from a bizarre story in the northern California town of Redding.

A pilot who runs a flight school and his assistant were arrested on charges of kidnapping after they detained and threatened to deport a Chinese student.

The two arrested are Jonathan McConkey and Kelsi Hoser. The incident is till under investigation and not many details are yet known.

However,, audio of McConkey's alleged threats has surfaced.

"You're in my f*cking custody right now. Do you know what that means? I will forcibly remove your a** from here," he yells at the Chinese student. "Your a** is leaving now. Let's f*cking go.... Hey, listen to me, I got your f*cking passport. You're leaving now. I'll break your f*cking arm. You better believe I'm f*cking threatening you. The United States government needs you out of this country right now, do you understand?"

According to police, when the student did not cooperate McConkey "battered him, and threatened physical violence if he did not go with them... [the student] ultimately left with them in fear for his safety and was transported to the Redding Municipal Airport to be sent back to China."

The student's brother somehow became aware of the incident and called from China to alert authorities, who busted McConkey and Hoser.

Hear the threats in the video from CNN below.