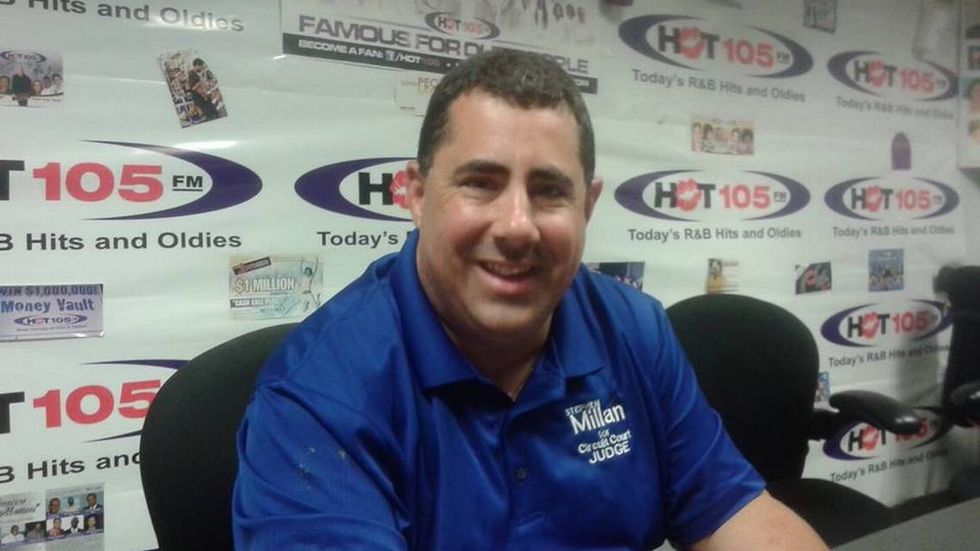 Miami-Dade Circuit Judge Stephen Millan is facing a possible 30-day suspension after he referred to a black defendant as a "moolie" while discussing scheduling for his case inside his chambers.

The Miami Herald reports that while Millan told investigators that he did not remember describing a black defendant as a "moolie," he didn't outright deny that he used the word.

"Moolie" is a Sicilian slur that's used to describe either black people or people with dark complexions. Millan, who is of Italian and Puerto Rican descent, told investigators that he first heard the slur and "used it intermittently as a 'youngster' growing up in New York."

"It was not unusual for my friends and I to occasionally use slur words when referring to others, including our friends and ourselves," he told investigators.

"The use of racially derogatory and demeaning language to describe litigants, criminal defendants or members of the public, even behind closed doors or during off-the-record conversations, erodes public confidence in a fair and impartial judiciary," she wrote in the commission's report. "The Commission is unswayed by Judge Millan’s testimony that he gained familiarity with the use of certain racial slurs during his youth."