Florida Republican candidate admits Obama was right and 'I was wrong' 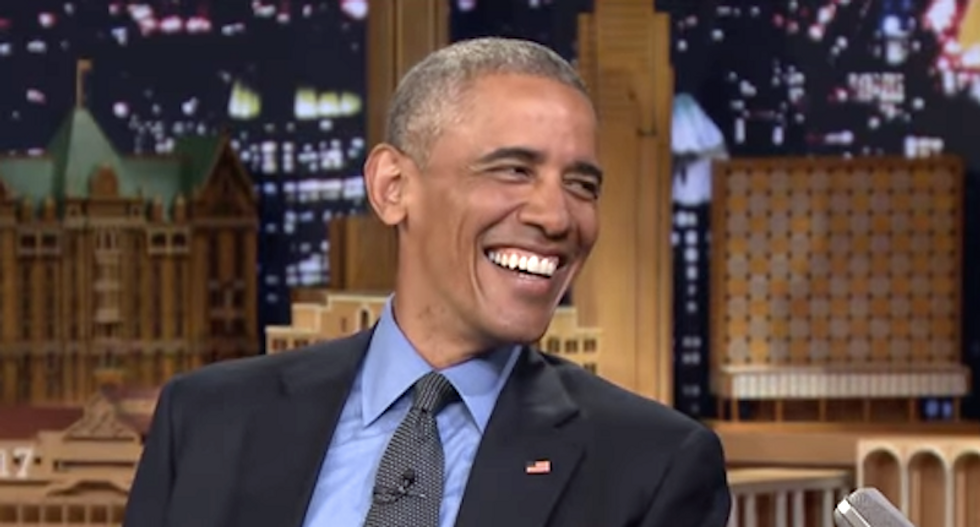 President Barack Obama has been out of office for a little over a year, but it's been enough time that some Republicans are confessing he wasn't as bad as they tried to make him out to be.

At a candidate forum over the weekend for Florida U.S. Rep. Ron DeSantis (R-FL), the congressman confessed that the former president handled the Ebola outbreak in 2014, the Palm Beach Post reported.

“Actually, I think the one time that I was wrong in the Congress was when we had the breakout of Ebola and I thought we’ve just got to shut everything down, we can’t take any risks,” DeSantis said of the outbreak that many feared could come to the United States.

At the time, Obama didn't do as DeSantis suggested, but nothing actually happened.

"A lot of my Republican colleagues criticized him for doing that but, you know, I look back at it – it was handled well,” DeSantis said. “I was just wrong about that. I think that the way the CDC (Centers for Disease Control) and some of the folks in government handled it was actually an example of government getting the job done. So I’m totally willing to just be honest and admit if I call it wrong. Just admit that you were wrong and people appreciate that. Because we’re going to make mistakes in this line of work, that’s just the bottom line.”

It's rare for a Republican to confess that Obama was correct about something, but Republicans running in a GOP primaries agreeing with Obama tend to become extinct.