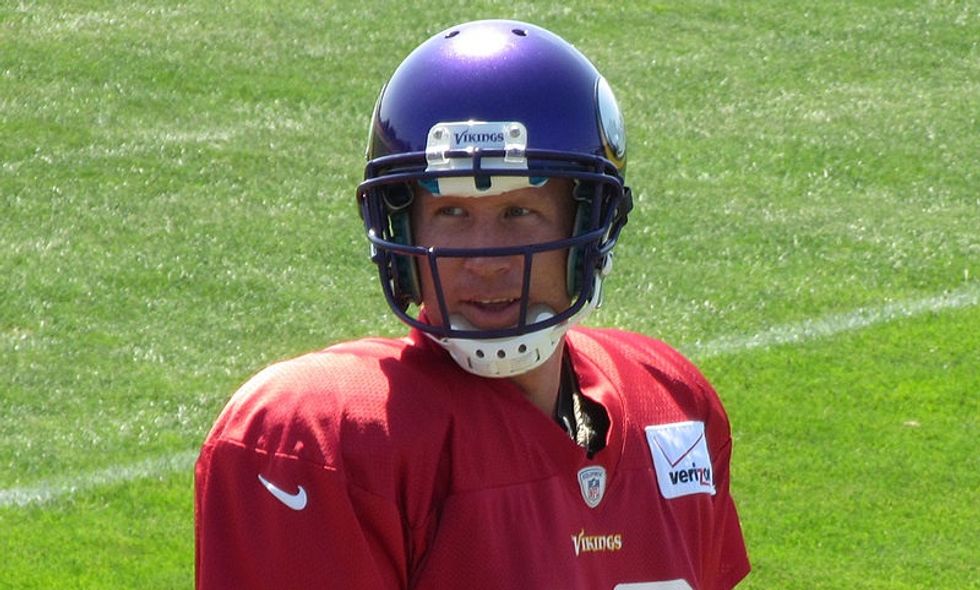 Former NFL quarterback Sage Rosenfels on Wednesday laid waste to the league's new policy mandating that players either stand for the national anthem before games or wait inside their locker rooms until the anthem is finished.

Writing on Twitter, the former player attacked the new NFL initiative by saying that "forced patriotism is the opposite of freedom."

He also said that, while he had the utmost respect for the men and women in America's military, "peaceful protests are extremely important for us to remain a free country."

Rosenfels then dropped the hammer on the NFL itself by quoting the official U.S. flag code that was established in the 1940s.

He then posted a photo of an official player jersey being sold by the NFL that incorporates the flag into a player's number -- which is a direct violation of the U.S. flag code.

"This is really a great read," he said of the flag code. "I recommend it to everyone who has an opinion about NFL players kneeling during the National Anthem."

This really is a great read. I recommend it to everyone who has an opinion about NFL players kneeling during the Na… https://t.co/SikfOmS4k5
— Sage Rosenfels (@Sage Rosenfels)1527100904.0