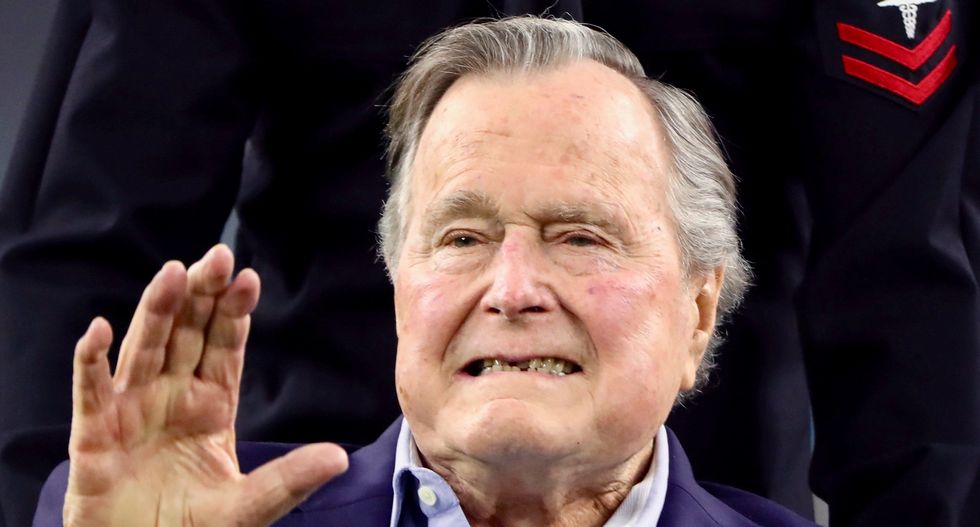 FILE PHOTO: Former U.S. President George H.W. Bush arrives on the field to do the coin toss ahead of the start of Super Bowl LI between the New England Patriots and the Atlanta Falcons in Houston, Texas, U.S. on February 5, 2017. REUTERS/Adrees Latif/File Photo

Former U.S. President George H.W. Bush, 93, was discharged on Friday from a Houston hospital, where he stayed for nearly two weeks for treatment of an infection that spread to his blood, a family spokesman said.

Bush, the oldest living former U.S. president, was admitted to Houston Methodist Hospital on April 22, a day after he attended the funeral of his wife, Barbara, the former first lady who died on April 17. The couple had been married for 73 years.

“His doctors report he is doing well and is happy to return home,” spokesman Jim McGrath said in a statement.

Bush, who was president from 1989 to 1993, was admitted to the same hospital about a year ago for a cough that was later diagnosed as a mild case of pneumonia.

Bush is the father of former Republican President George W. Bush, who served two terms from 2001 to 2009, and former Florida Governor Jeb Bush, who unsuccessfully sought the 2016 Republican presidential nomination.