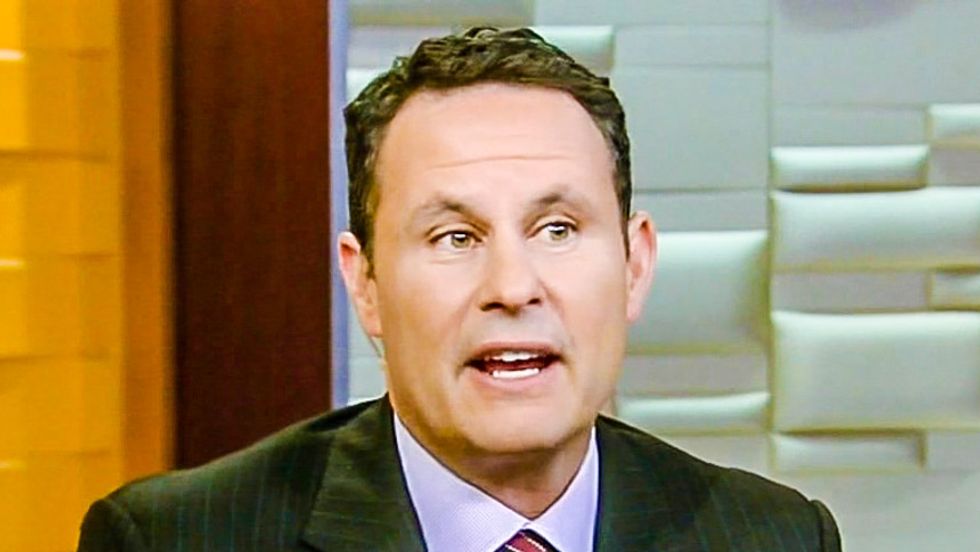 "Fox and Friends" host Brian Kilmeade says Gina Haspel, President Trump's nominee to become Director of the CIA, should be "proud" of the waterboarding and torture that she oversaw while running a secret prison in Thailand.

Rather than trying to run away from her record or to conceal the actions, many still classified, of the CIA in the Bush years, Kilmeade and his co-hosts Monday morning encouraged Haspel to put it all on the table and stand by with pride, as The Hill reports.

Haspel's confirmation hearing before the Senate on Wednesday is “all going to be about what happened regarding the waterboarding,” co-host Steve Doocy said (video below.) “Just keep in mind, whatever she did when she was in power at that point, she was doing it as a directive and it was all within the law.”

While it was a directive, that does not make it legal.

The Fox News co-hosts insisted on calling waterboarding, which is considered torture and is illegal under U.S. and international law, "enhanced interrogation," a term used by the George W. Bush administration.

"I believe she should double down and say, ‘I’m proud of what I accomplished, whether it was black sites, enhanced interrogation, and I dare anyone to sit in my shoes and accomplish as much as I've done,’" Kilmeade told Haspel to tell Senators.

Kilmeade also  pointed to two books that he says claim terror attacks were stopped because of CIA torture. That flies in the face of the CIA's own admissions.

A 2017 article from The British Journal of General Practice, which is republished on the U.S. government's own National Institutes of Health website, makes it clear.

It says: "the US Senate Select Committee on Intelligence’s Study of the CIA‘s detention and interrogation activity from 2001–2009...concluded (as did the CIA) that torturing prisoners was not an effective means of obtaining intelligence or cooperation. It describes Orwellian ‘enhanced interrogation’ techniques including slapping, walling, stress positioning, cramped confinement, sleep deprivation, confinement with insects, waterboarding, sexual humiliation, forcible high-volume IV injections, extreme temperatures, and the rectal infusion of puréed food. These methods have since been defined as torture by the European Court of Human Rights."

Earlier Monday President Trump tweeted, falsely, that Democrats are opposing Haspel because "she is too tough on terror."

Watch the "Fox and Friends" crew on Haspel: