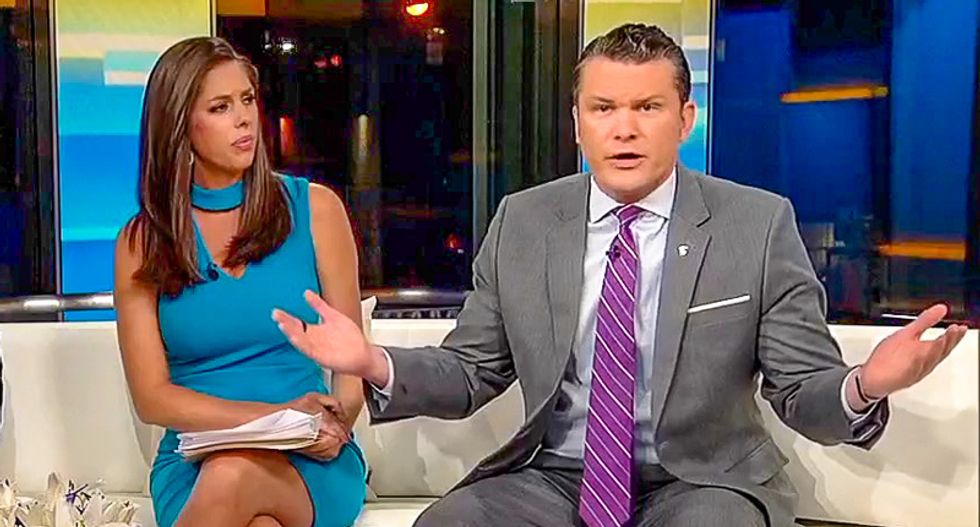 Pete Hegseth, a Fox & Friends co-host, asserted on Wednesday that there is a "double standard" in Hollywood after Roseanne Barr was fired from her hit ABC show over a racist tweet.

During an update on Barr's firing, Hegseth admitted that there was no defense for comparing Valerie Jarrett, a former adviser to President Barack Obama, to an "ape."

Hegseth continued: "But watching last night the sanctimonious, elite Hollywood crowd mob descend on her reinforces the double standard of the world we live in."

"ABC made a courageous call bringing in this show," the Fox News host opined. "But then they ran away from it when they had the first chance."

"I mean, folks on the left have said worse about Trump to almost no consequences," Hegseth added. "Doesn't defend what she had to say, which is terrible. But there's a double standard out there."