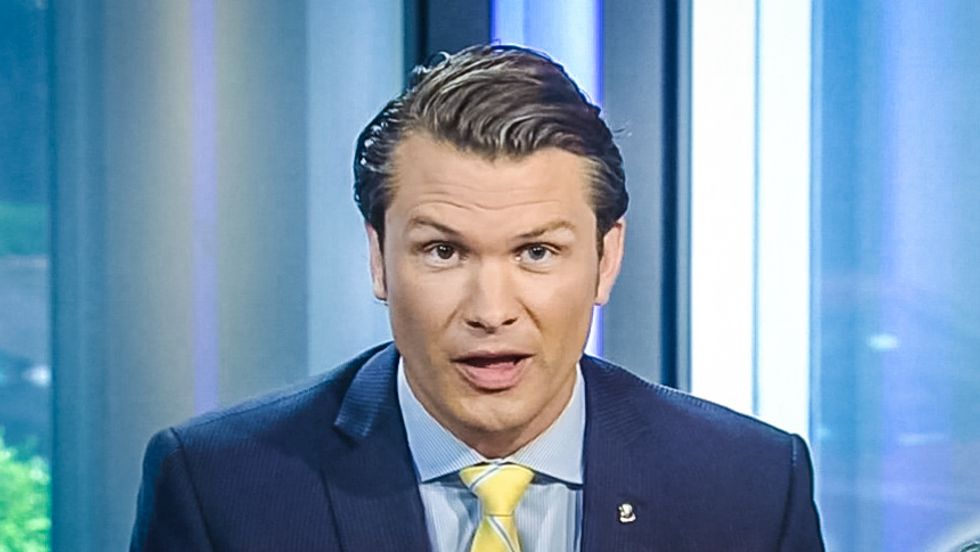 Fox News contributor and Trump advisor Pete Hegseth says North Korean dictator Kim Jong-un "has to murder his people." Hegseth, who was rumored to be a top Trump choice to run the Veterans Administration, made his startling remarks on "Fox & Friends" Tuesday morning (video below).

Hegseth was responding to a question about why he thinks Kim Jong-un "agreed" to meet with President Trump. (In reality, Trump was the one who agreed to the meeting – in fact, jumped at it without consulting his top advisors.)

"I think he wants a picture with the American president," Hegseth told the "Fox & Friends" co-hosts. "The sanctions are having massive effect there," he also added.

"And then I think there's probably a point at which the guy who wants to meet with Dennis Rodman and loves NBA basketball and loves Western pop culture," Hegseth said of the North Korean murderous tyrant, "probably doesn't love being the guy that has to murder his people all day long."

To be clear, Fox News' Pete Hegseth, a man who occasionally advises the president, just said Kim Jong-un "has to" murder his own citizens.

A South Korean report noted that from 2011 to 2016 Kim Jong-un executed more than 340 of his citizens. And update offers names and/or positions and reasons for execution of government officials Kim executed. The overall numbers no doubt are far higher.

My god is that a morally reprehensible thing to say about one of the most evil human beings on the planet. What oth… https://t.co/mh9JWqX7pP
— Chris Berez (@Chris Berez) 1527078689.0