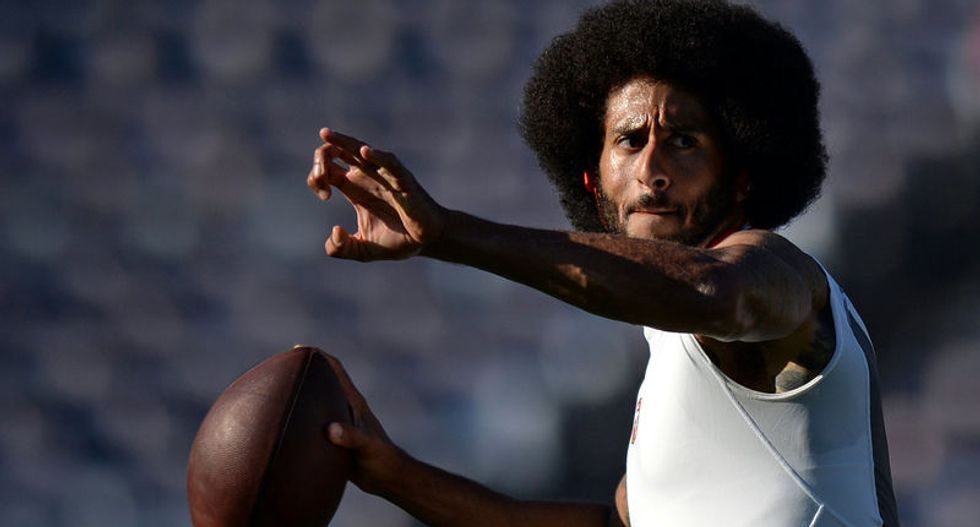 Fox News fans were not happy on Wednesday to see Andrew Napolitano, the network's legal analyst, explaining to them that controversial quarterback Colin Kaepernick could win his case against NFL owners for allegedly conspiring to keep him out of a job.

Speaking with Fox Business host Dagen McDowell on Wednesday, Napolitano said that Kaepernick might have the evidence he needs to prove that NFL owners intentionally refused to sign him solely because of his controversial campaign to protest police brutality by kneeling during the national anthem.

"The collective bargaining agreement between the NFL and its players prohibits discrimination on the basis of political viewpoint," Napolitano explained. "If Kaepernick can show an agreement among owners to keep him off the field because of his controversial politics -- he scores big."

After Fox sent out a tweet sharing Napolitano's analysis, Fox fans reacted with rage and once again threatened to boycott the NFL if Kaepernick were signed by a team despite his continued outspokenness on police brutality.

Check out some of the angry reactions below.

@FoxBusiness @FoxNews @Kaepernick7 @Judgenap He hasn't been hit in the head enough stop catering to this racist slim
— Karen (@Karen) 1526492606.0