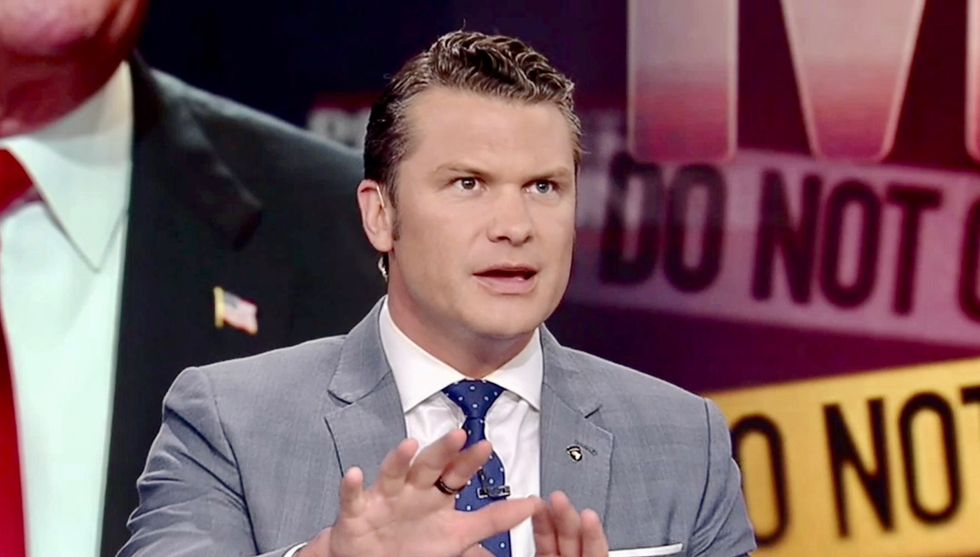 Donald Trump wants to turn a Salvadoran street gang which brutally murdered several members of rival street gangs in the suburbs of New York City into a national issue, and Fox News wants to help him.

The president visited Long Island today to discuss the suburban gang that is warring with other suburban gangs. Fox News' The Five took on the issue this afternoon, inflating the statistics about the gang.

Dana Perino then attempted to make a point about how MS-13 is "the mafia of our generation" which became garbled because she was confused about what Racketeer Influenced and Corrupt Organizations Act means. She then claimed that the brutality of the group was "almost ISIS-like."

"The sheer numbers," are an issue, claimed personality Pete Hegseth. "There are 2,000 MS-13 members on Long Island alone."

According to Long Island's newspaper, Newsday, authorities there say there are about 500 active members of MS-13 spread across the island's two counties. There are several hundred more inactive members.

"You can't protect our communities until you secure our border," Hegseth claimed.