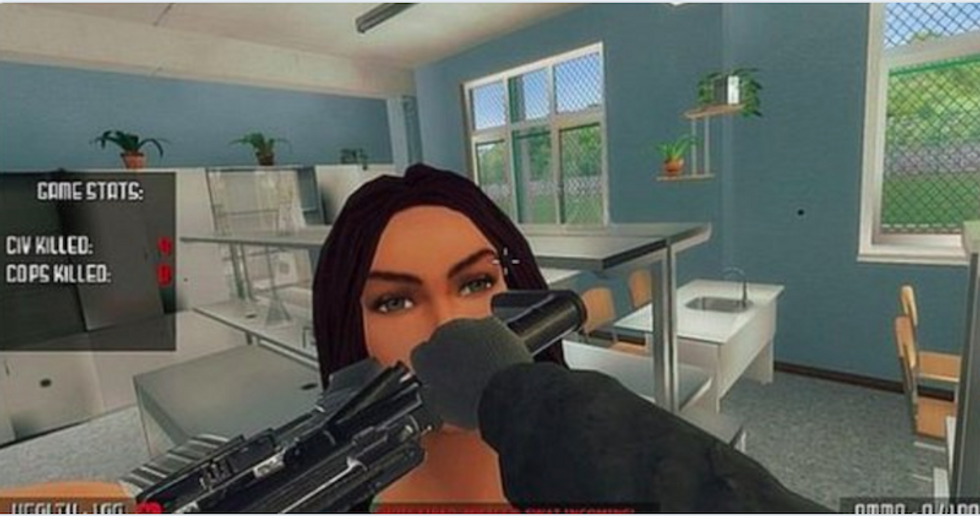 A video game maker is facing mounting backlash over a game in which the player takes the role of school shooter.

The game is called Active Shooter and set to be published by Valve for the Steam platform.

Steam attempts to steer around the controversy by announcing a disclaimer to be placed on it:

“Please do not take any of this seriously. This is only meant to be the simulation and nothing else. If you feel like hurting someone or people around you, please seek help from local psychiatrists or dial 911 (or applicable). Thank you.”

The game makers wrote a post claiming that "this game does not promote any sort of violence, especially any soft of a mass shooting."

Steam is a new generation of gaming platform that allows independents to publish a game on its platform for a $100 fee. However, Steam does have some standards, banning hate speech, pornography that's not properly disclosed and “patently offensive or intended to shock or disgust viewers.”

It was unclear why shooting defenseless school children in their desks did not fall under the "patently offensive" description.

The content in video games is controversial given the market's tendency to appeal to young white men—gamers revolted over what they considered a progressive agenda in games in a 2014 incident known as Gamergate.

On Twitter, most people with an opinion want the game pulled.

Valve Corporation: Do not Launch a School Shooting Video Game - Sign the Petition! Lets stop this In its tracks no… https://t.co/G4uV4OK0Eh
— Ahmed Malik (@Ahmed Malik)1527379256.0